3 Up, 3 Down – Tom Clancy’s The Division Edition – What We Loved and What We Hated

The most highly anticipated title of 2016 finally hit stores and it’s already smashing records. After a successful beta, I knew Tom Clancy’s The Division was going to be a stand out game in its own right but I had my share of concerns — the lack of mission variety in the beta had me worried, was it going to be repetitive? Now that the full version is live I can say that I’m overjoyed it turned out to be the game I was waiting for.

There are some naysayers who dislike the shared open world concept or enemies that eat up your bullets, so The Division is definitely not for everyone. Earlier, we covered the 3 up and 3 downs for the beta but now I’m going to fill you in on the three things I liked and disliked about the full game so you can decide for yourself if it’s worth the purchase.

The Division feels like an RPG almost as much as a shooter. There are so many different variations of perks, talents and skills you can combine to create the fighter you want. It’s a blast to use these skills cohesively with a squad, and it takes strategy and communication to survive. Running missions on hard, especially because you find rare drops, can become relentlessly difficult to the point where you barely skate through a boss fight. Often it can come down to one final player who just pulls off a winning shot. These kind of moments are what make co-op gaming so great, it has that MMO feel of chipping away a raid boss’ life and feeling the gratification of taking them down after a lengthy battle. 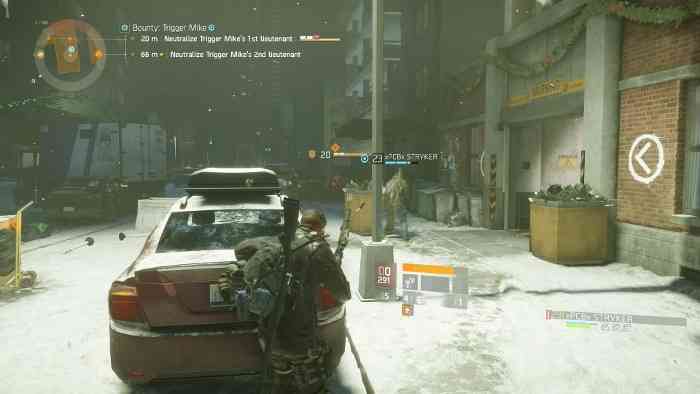 Essentially this is the PvP section of the game that allows you to open fire at any player you come across. This is a great addition that extends the amount of play time after you hit the level cap and complete the main story. The Dark Zone even offers a separate levelling system and currency. By completing tasks or killing other players you can increase these which opens up access to higher grade equipment. 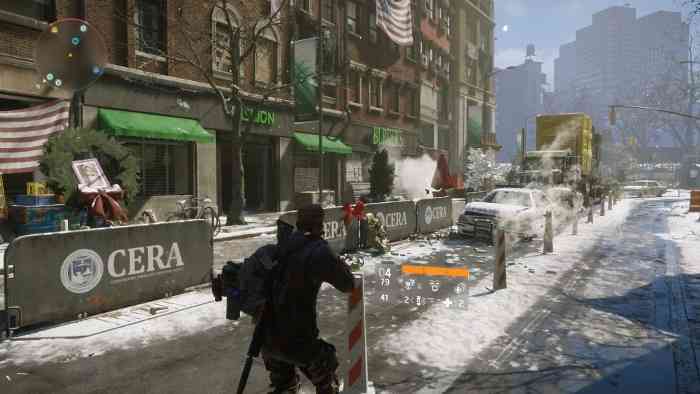 The bleak dystopian setting really captures the look and feel of New York after an epidemic. As you navigate the streets you see tall skyscrapers among a once vibrant bustling city now empty. You get a real sense of the devastation as you walk down the street and see people arguing over scraps, stray dogs wandering through abandoned traffic and crows flying away as you approach — the ambiance helps bring the immersion full steam. 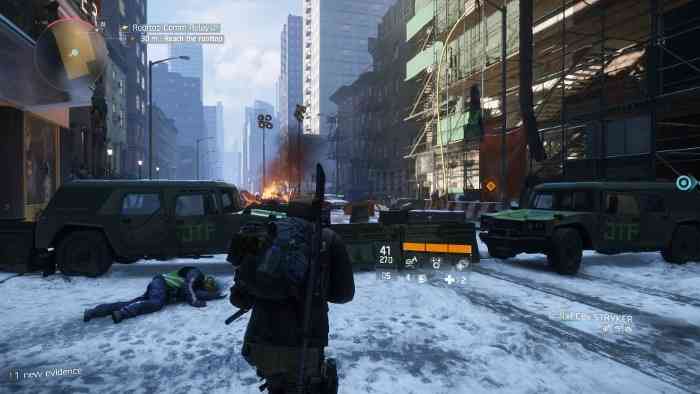 Click on thru to page two to see what we hated…