10 Things I Love About Resident Evil 2

I’ve been a physics junkie since Halo 2 and was thrilled by the introduction of ragdoll physics for the first time in franchise history with Resident Evil 7. The scripted animations and dissolving bodies of the series’ past aren’t by any means a bad thing, but realistic body and environmental physics immerse me further into the action and world around me. I say all of this because the RE Engine’s physics capabilities have vastly improved beyond what we saw in 7, and I’m confident in stating that they rival Rockstar’s own Euphoria Engine. The most impressive aspect is the weight of bodies and how they interact with the environment. I get quite the fix with Resident Evil 2’s physics, as they make the bloody action all the more satisfying.

I’m also a sucker for subtly, and the countless details in the environments equate to an especially eery and dreadful atmosphere. From blood-soaked corridors to tattered offices, the R.P.D. alone spells a harrowing tale. Some of it can be uncovered through tapes and rolls of film, but I appreciate that the majority of what occurred at the station before your arrival is left up to your imagination. Each of the main locations in the game have a unique layout rife with death other atrocities that keep exploration interesting and nerve-racking. I was on edge from beginning to end of my first run, and knowing there’s additional content present in round two, I can’t wait to experience it all over again. 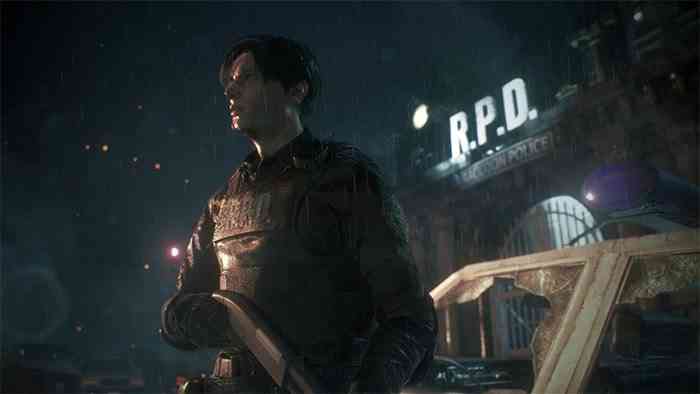 Let me tell you, my ass is RIPPED after the first six hours I spent with this game. In spite of the fun I had while playing I felt exhausted by the end of it. It’s like I’d spent three days trying to go super Saiyan three in an office chair. What I’m trying to say is the game’s riddled with tension. It varies a bit depending on the difficulty setting, but the scarcity of ammo demands you capitalize off your resources, and the limited inventory space makes many discoveries incredibly stressful. Narrow passages result in dangerous enemy encounters and evoke a sense of claustrophobia. Dealing with these aspects while Mr. X stomps after you makes matters worse. The level of tension reached through the game’s brilliant design is a stark reminder of why the Resident Evil franchise has inspired several survival horror titles through the generations that have followed.

Rumors Suggest RE8 Most Gruesome Entry Yet
Next Why BioWare’s Anthem Doesn’t Need a PvP Mode
Previous Anthem: Things We Loved (And Hated) About The “VIP Demo”