Face off against the forces of chaos. Prepare yourself, for you won’t fight alone. Today Nacon announced that it’s grimdark action RPG, Warhammer 40000: Inquisitor-Martyr will be receiving new DLC on November 28th. That’s right, the Sisters of Battle are jumping into the action against chaos. A press release provides more details about the coming DLC. Additionally, players can check out the “Season of Judgement” trailer for a look at the Sisters of Battle in action. 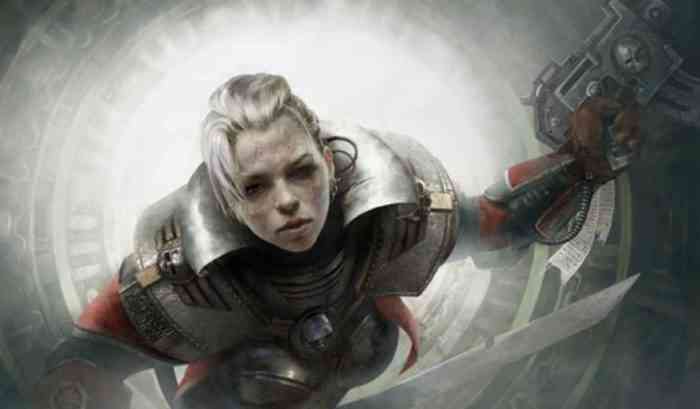 Warhammer 40000: Inquisitor-Martyr places players in the armor of one of the Imperium of Man’s inquisitors. Becoming a member of an elite force of soldiers players will face off against the worst of the worst. The forces of chaos.  Players find themselves in the Caligari Sector, full of Unclean Ones, your task is to eradicate them or die trying. Now, players can look forward to playing as one of the legendary Adeptus Sororitas, the Sisters of Battle. ‘

Of course these new warriors aren’t coming without their own unique gear and abilities. For instance, players can now use Flamers, Blessed Blades, Power Mauls, Power Halberds and more against the forces of chaos. Additionally, there are even more passive skills, abilities, enchants and more. Players can check out the new trailer to see what’s in store. From new weapons to game modes. Check it out below.

Of course, Warhammer 40000: Inquisitor-Martyr “Season of Judgement” DLC is releasing on November 28th. Importantly, the game is currently available on PC and next gen consoles. So, are you ready for the Sisters of Battle?