Prepare to enter a mystical world full of danger and mystery. A world of unholy creatures, and even more blasphemous powers. Today, Bonus Level Entertainment is happy to reveal the next mighty creature players can use in their upcoming adventure game, Saga of Sins. The creature, the mighty griffin, is the third playable creature to be revealed for the game. Of course, a press release provides more info on the game itself. Additionally, the release dives into more details on the griffin. Furthermore, a story trailer gives players a glimpse of the game. 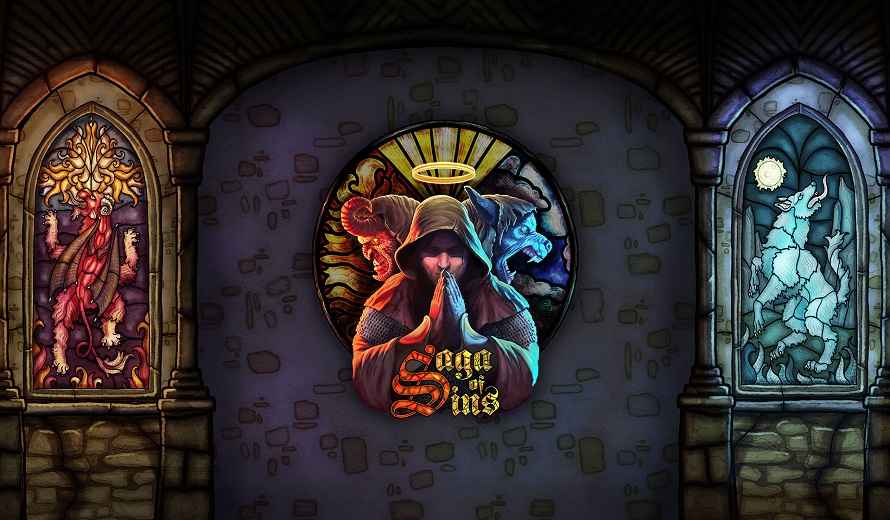 Saga of Sins introduces players to the righteous cleric Cecil. Despite being a holy warrior, Cecil has access to some unholy powers. Importantly, the power to enter peoples minds by transforming into four different creatures. For instance, the werewolf, the gargoyle, or newly revealed griffin. As Cecil players will embark on an arcade style journey to destroy the Seven Deadly Sins and save the village of Sinwell. Of course, players will need to learn to use every creature form at their disposal as the are able to swap on the fly. Uncover the mysteries of Sinwell, all with a unique Stained glass art style.

The Griffin, the newest creature, allows Cecil the ability to access more of the environment. The Griffin can climb special walls covered in vines to reach new heights, discover secrets or outflank enemies. Of course, players can get a look at all the game has to offer in the story trailer. Check it out below.

Saga of Sins is releasing in Spring of 2023. It will be available on on PC, Nintendo Switch, PlayStation 4, PlayStation 5 and Xbox Series S|X. So, are you ready to embark upon a Saga of Sins?