Welcome to a world of music and nightmares. The surreal is normal here, you better be prepared. Today Bedtime Digital Games is happy to announce the release date for their action adventure game, Figment 2: Creed Valley. Releasing in February 2023, the game reintroduces players to the human psyche. Of course, a press release provides more info on the sequel to the 2017 original. Additionally, players can check out the release date trailer for a better look at the game. 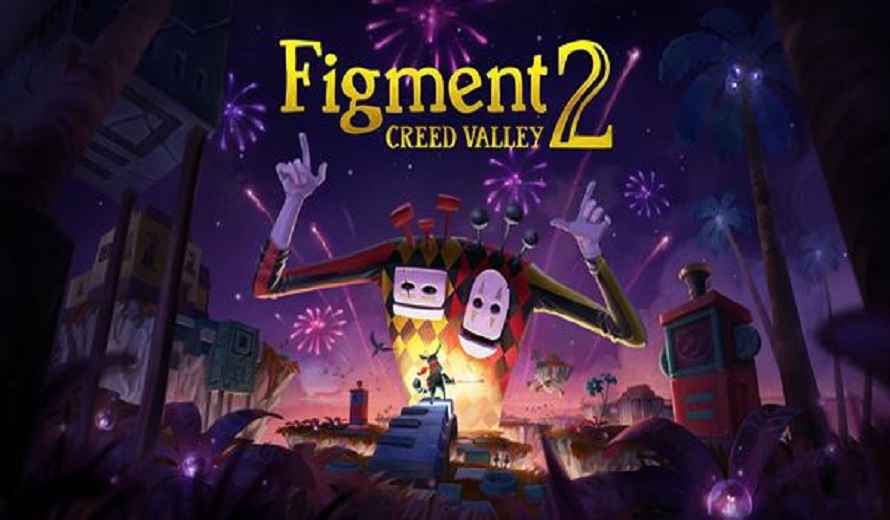 Figment 2 returns players to the human mind. This time, the Moral Compass is shattered by Nightmares. Players will be playing as protagonist Dusty, alongside his sidekick Piper. Travelling to the Creed Valley, where the mind forms its ideals, Dusty and Piper must restore peace. Importantly players will be facing many challenges on this road. Solving puzzles, fighting nightmares in musical battles, and more. Players will use the minds rhythm to defeat bosses, but will also have access to two states of mind. Open and Closed mindedness will unlock secrets in the environment or prepare you better for battle.

Of course, the release date trailer shows off the gameplay and art style of the game. Everything from the musicality to the surreal landscapes players will explore. Additionally, players get to see the models of characters and enemies alike. Check out the trailer below.

Figment 2: Creed Valley will be available in February 2023. It will be releasing on PC via Steam, Nintendo Switch, PlayStation 4 & 5 and Xbox Series X|S & Xbox One. So, are you ready to delve back into the mind?