Devolver Digital Games is a purveyor of video games and entertainment from various developers. The company works with an array of developers and has released popular titles such as Cult of the Lamb, Shadow Warrior 3, Weird West and Phantom Abyss. Today, the company has announced that McPixel 3 will be releasing on November 14th on PC, Nintendo Switch and Xbox Series X/S. The company has also released a short trailer showing off the game ahead of its release.

Fans of the franchise have been patiently awaiting the release of the unique title. In the game, players will see the speculative hero hop into a new world of adventures and fun on his quest to save the world. Players, as McPixel, must avert disaster and engage in true mayhem by summoning a spider-billionaire, punching a T-Rex and much more. 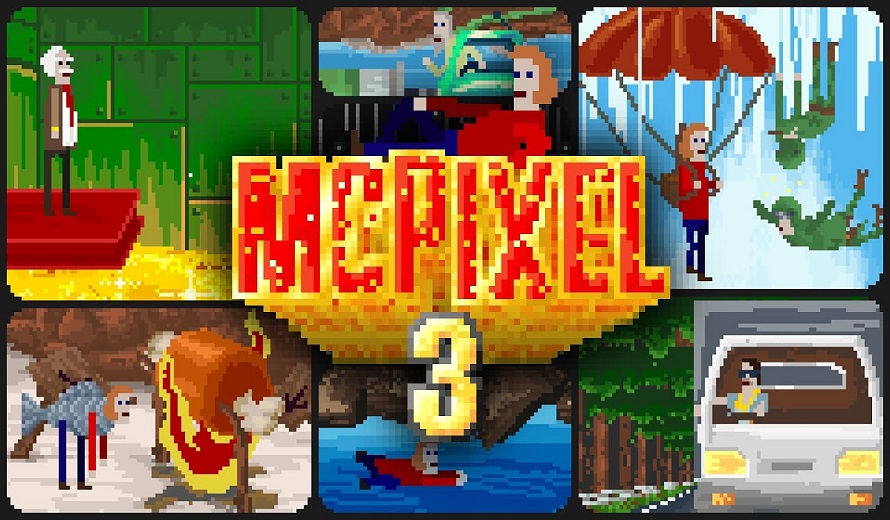 Moreover, players will be able to enjoy a ton of extra features such as one-hundred mind-blowing levels and more than twenty mini-games. Additionally, players can enjoy over fifteen hundred interactive items, realistic music and of course, millions of pixels in McPixel 3. In the trailer, viewers get a first look at the game’s pixelated graphics, characters and action. McPixel’s 3 short trailer gives players insight into the game.

Furthermore, the developers have teased the story behind McPixel 2. On November 14th, players may just learn about the mystery and secrets to the eternal question of “what happened to McPixel 2?”

What are your thoughts on the McPixel series? Have you tried the first game? Are you interested in the release of the upcoming title? What do you think about games from Devolver Digital Games? Are you a fan of games like this? Let us know in the comments below or on Twitter and Facebook.

Call of Duty: Warzone Season 2 Promises A Host of Changes
Next
PlayStation Plus Games For November Have Been Unveiled
Previous
EA Has Hit The Alpha Milestone In Dragon Age: Dreadwolf’s Development