Bandai Namco Entertainment is one of the biggest video game companies in the industry. Today, the company has released its newest title in the Dragon Ball Z series, Dragon Ball: The Breakers. The game is available PC via Steam, Xbox One, Xbox Series X/S, Nintendo Switch, PlayStation 4 and PlayStation 5. 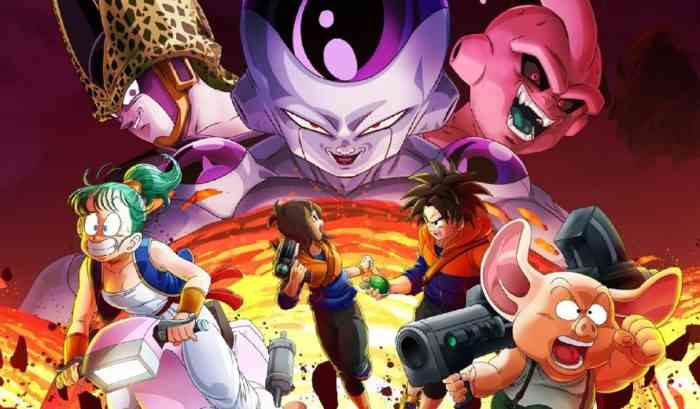 In the game, players will jump into an asymmetrical map where seven survivors must make it past one raider. Civilians have found themselves trapped in the Temporal Seam against one of many famous rivals in the Dragon Ball universe. Furthermore, fans of the franchise can have fun in the same universe as Dragon Ball Xenoverse and there are features that link the two titles. Furthermore, players as survivors, can use various gadgets, skills and abilities to escape the Temporal Seam.

Ryosuke Hara, the game’s producer, stated, “With the ability to also select characters not typically found in DRAGON BALL games via the Survivor Skin system, players can look forward to a unique take on asymmetrical multiplayer gameplay that remains wholly authentic to the aesthetics and style of DRAGON BALL.” Dragon Ball: The Breakers places a fun twist on an interesting universe.

What are your thoughts on Dragon Ball Z video games? Are you a fan of any of them? What do you think about Dragon Ball: The Breakers? Are you interested in trying it out today? What aspect of the game are you most interested in? Do you enjoy the manga and/or anime? Let us know in the comments below or on Twitter and Facebook.