You know how in Pokémon, everything can be solved with a fair battle? Terrorists like Team Rocket just run off when you beat their Pokémon. Well, that wouldn’t exactly fly in a more realistic world. In Palworld, there are more violent ways of solving your problems.

Your other monster collector games put your companions front and center. Palworld has players using them alongside the character. Instead of just commanding them in battle, you fight with your own means as well, and that means with guns. We first saw this game pop up in June, but at the Tokyo Game Show, we got another look. 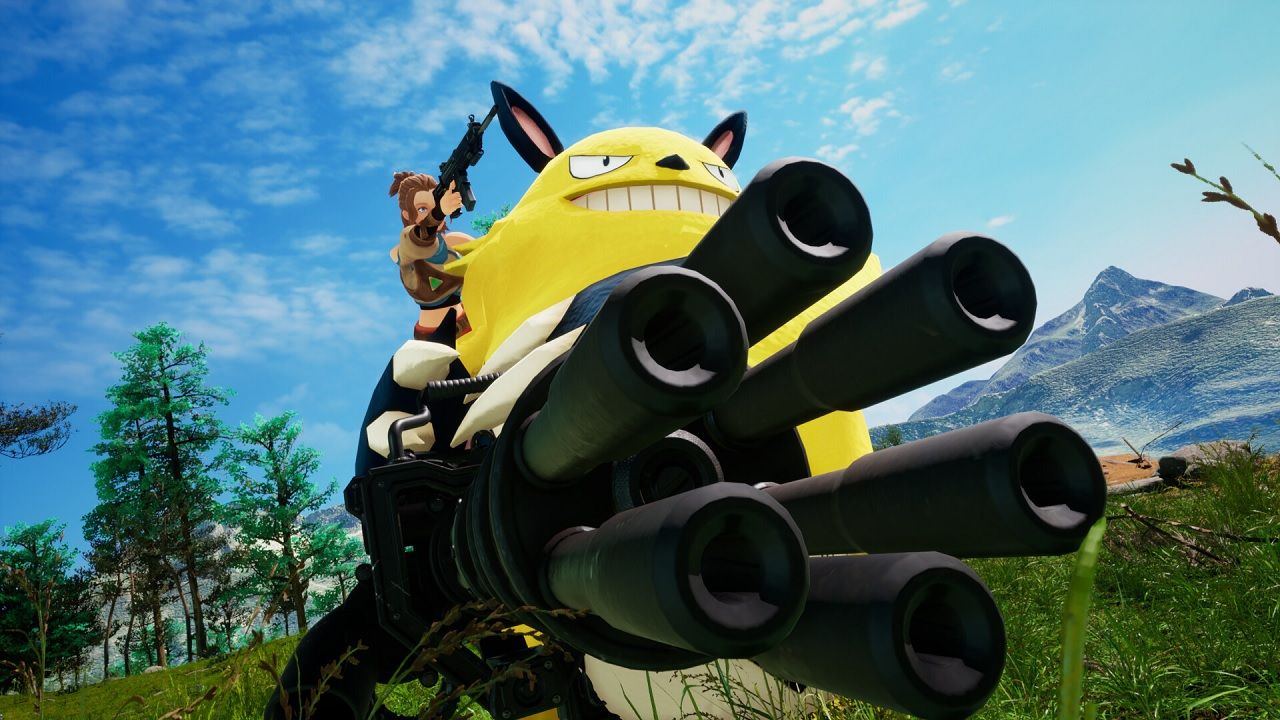 The trailer shows a vast, lush world full of… Pals? There are a bunch of monsters to catch and battle. Like the other prominent creature collector, different monsters have different uses. They can be used for riding around on or augmenting your ammo. Give them a gun! Let them aid you in battle.

There are non-battle uses for Pals as well. Palworld has elements of base-building where they can help you out too. They are also just cute to look at. Never forget that.

Palworld does not yet have a specific release date, but we are hoping it comes out sometime in 2023. You can wishlist it now on Steam. It will also be coming out on Xbox One and Xbox Series X|S.

Do you like this twist on the creature collector genre? Let us know in the comments below.