You’ll need to be as clever as a fox for this adventure. Luckily for you, that’s exactly who you play as. Today solo developer Felix Laukel and Polish indie publisher Pineapple Works are happy to announce the Early Access release date for their upcoming RPG, Of Blades and Tails. Introducing players to a whole 2D world to explore, the game promises an RPG experience inspired by the classics. A press release provides more details about the game itself. Additionally a new Early Access trailer gives players a glimpse of the game. 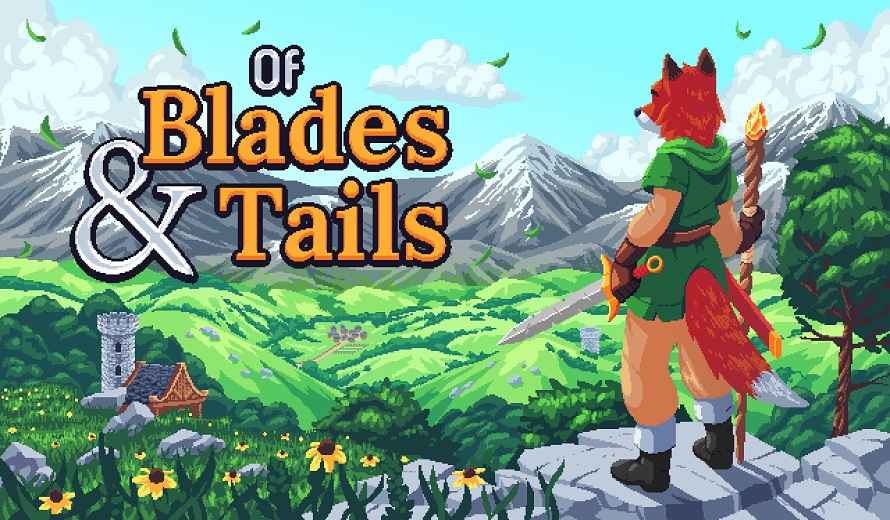 Of Blades and Tails introduces players to Reik. A member of the Tribe of Foxes, Reik is clever and brave. And he’ll need to be. When a series of terrible events place him on a quest that is important for all of the peoples of the realm. Of course, this means leaving the village he’s called home all his life and facing off against a myriad of evil across a vast land.

Importantly, the game draws from the RPG’s of the classic era. Players will experience turn-based combat but with a new, fresh, approach. The battles can be as fast paced or as slow as you want them. Providing players with the means of fast turn-based battles, or more strategic approaches. Additionally, the classless character development allows players to build Reik the way they want to, selecting abilities from a large skill tree. Furthermore, players can get a good look at all of this in the Early Access trailer.

Of Blades and Tails will be jumping into Early Access on October 19th. However, console players can still expect the game to be arriving to them in late 2023. Players can currently download a free demo on Steam.