Wayforward is a video game developer and publisher with quite a portfolio since its creation in 1990. The company has released titles such as Ducktales: Remastered, Contra 4, Batman: The Brave and the Bold and Double Dragon Neon. Most recently, Wayforward has released Spidersaurs, its action platformer. The game is available on Nintendo Switch, PC via Steam, PlayStation 4, PlayStation 5, Xbox One and Xbox Series X/S. It retails for the price of $19.99USD. 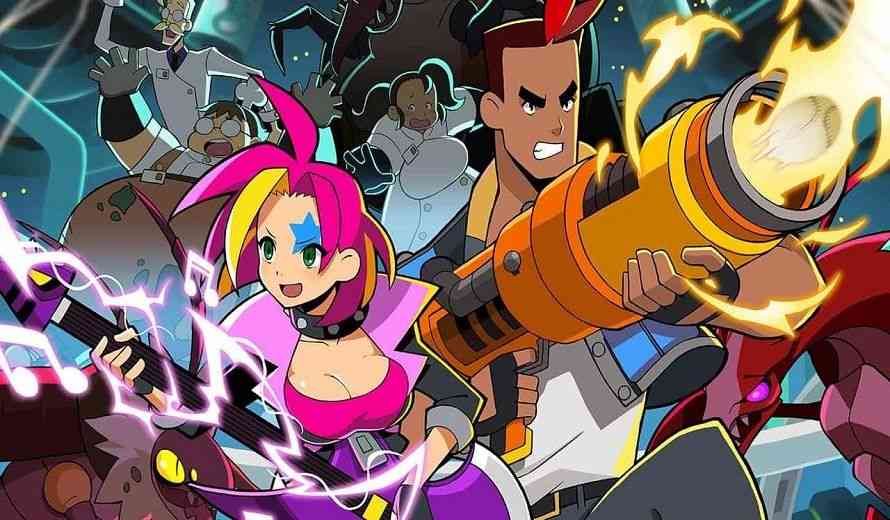 In the game, InGest Corp created meat and muscle to assist humanity. However, the Spidersaurs are now on the loose and are considered nightmarish, dinosaur-spider hybrids. Players, as two former taste-testers, Adrian and Victoria, must save the world from the invasion. As either Adrian or Victoria, players will venture through the world fighting enemies, gaining power-ups, abilities and much more. The maps take players to various areas such as a laboratory, volcano and a bug infested jungle.

In the game’s minute long launch trailer,  WayForward game fans a taste of the game. The trailer commences with an amazing background song before hopping directly into fast paced gameplay and combat. The game’s cartoon styled graphics sets it apart from others and its two player co-op mode allows for fun with friends. Additionally, players interested in a challenge can move through three different difficulties, Well Done, Medium and Rare! Moreover, there are unlockable arcade and speed run modes.

Spidersaurs is a typical platformer that utilizes a unique art style to set it apart and give it a unique twist.

What are your thoughts on Spidersaurs? Are you interested in its release? Will you be purchasing the game? What aspect of the game are you most interested in? What do you think about the art style? Let us know in the comments below or on Twitter and Facebook.