Last weekend, we got some new Overwatch 2 news from the Xbox Bethesda Showcase. They announced a new hero named Junker Queen. She, along with a few others, will debut when the game launches in October. Earlier today, an animated short was released called The Wastelander, showing us the origins of Junker Queen, who we can play as in Overwatch 2.

You may identify some similarities between her and Junkrat from the first Overwatch. Turns out, they may have share the same kind of background. As a child, Odessa and her family were cast out from Junkertown by King Howl. 13 years later, she returns to fight in an arena battle called the Reckoning. 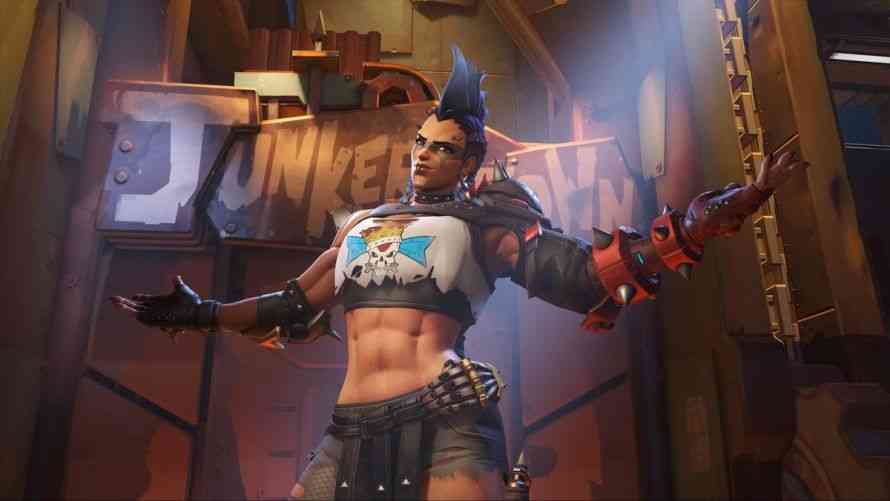 The Reckoning is held every year to determine a new king in a free-for-all battle. Odessa faces off against King Howl and his two lackeys. After appealing to their humanity, they end up helping Odessa take down Howl and install her as the new Junker Queen. We also get a look at Junkrat cheering her on in the arena crowd.

Odessa’s first act of queen is to show Howl the same mercy that he showed her and her family 13 years prior. We see Junker Queen fighting in the arena, showing off her abilities. We haven’t really seen any gameplay of her though, but we know she uses a magnet-arm, a gun, and a junk-axe.

Hopefully, we will get to see more new characters before Overwatch 2 launches. It would also be cool to see more animations like this one. Overwatch 2 will be out on October 28th for PC, PS4, PS5, Xbox One, Xbox Series X|S, and Nintendo Switch. You can also sign up for the beta on PC and consoles right now.

Which character are you most looking forward to in Overwatch 2? Let us know in the comments below.