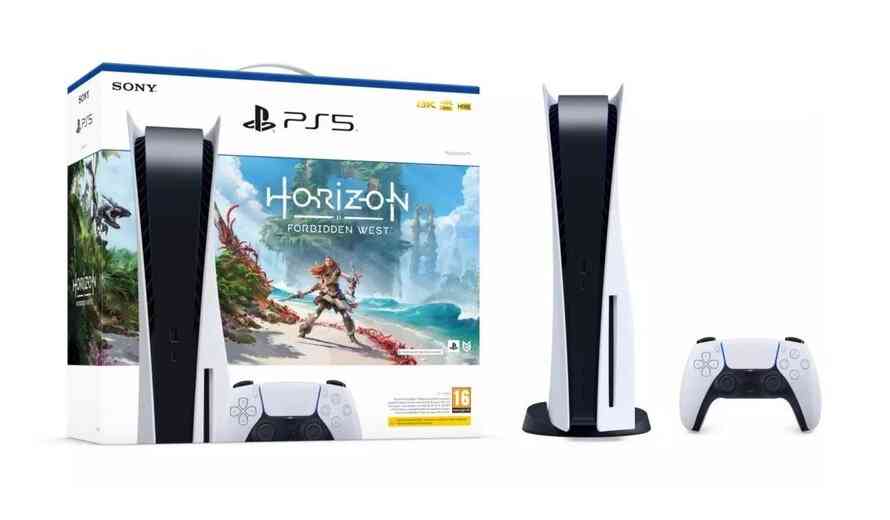 The bundle is now showing up at many UK retailers this week and it currently costs around £500, this saves players around £20 in total compared to what they’d spend if they bought the console and then the next-gen version of the game separately.

Sony has noticeably avoided heavily promoting the new bundle which is likely due to the chip shortages that have heavily hindered the production of PS5 consoles since launch. Reportedly, Sony was only able to ship only 2 million PS5 consoles in the first quarter of 2022 due to those production issues, but they remain hopeful to overcome these issues this year.

The new PS5 and Horizon Forbidden West bundle is also now listed on the US PlayStation Direct site, however, it is not currently available for purchase. The company is currently taking reservations on their website for the early opportunity to buy a PS5 before they are cleaned out by bots and the black market.