Five Years of Support Is a Lot to Work With

Techland Games intends to support their new game for at least five years. If there is anything we have learned from the first game, it is that the DLC can change it a lot. Dying Light 2 is great as it is, but lead designer Tymon Smektala is teasing quite a bit for the next five years.

In an interview with WCCFTech, Smektala gave a few details about the first major DLC for Dying Light 2. We know that its story will run parallel to the main game. In part, he said, “it can be started right after Aiden arrives in The City. Since it’s the first one out the gate, we didn’t want to force players to finish the game before they’d be able to have fun with it.” 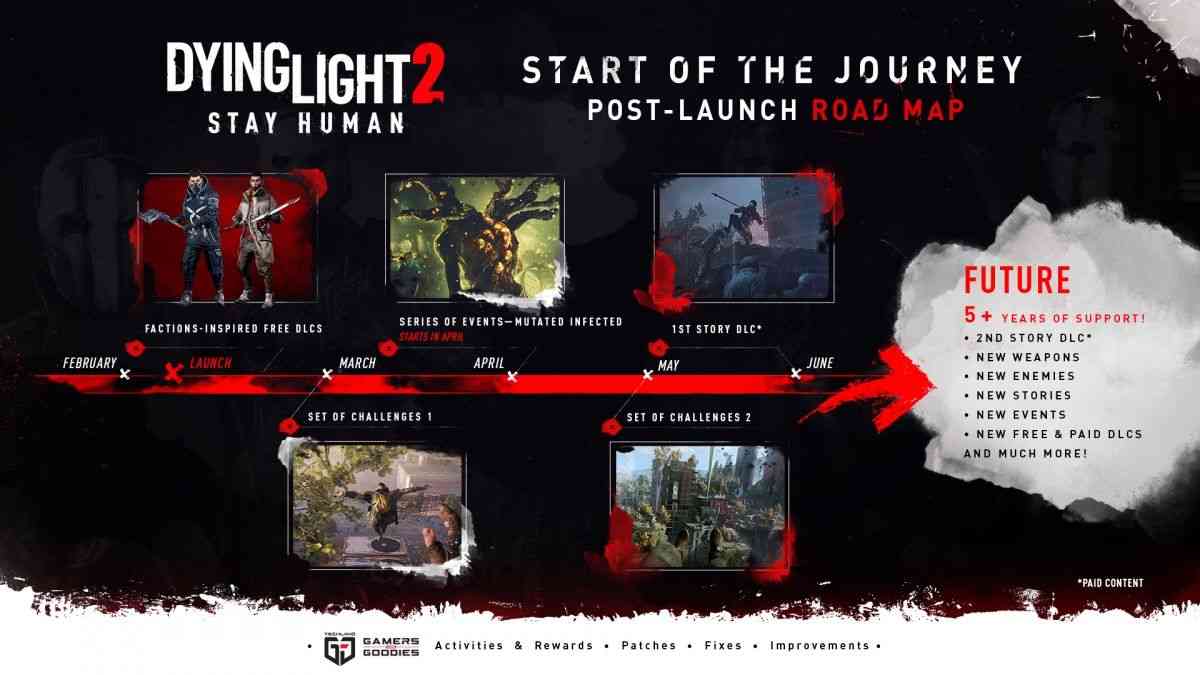 Hopefully, this means there will be DLC that takes place after the events of the main game at some point. We also learned that the first DLC will take Aiden outside of Villedor AKA The City.

Without giving very many details, Smektala also says that Techland has plans for co-op and PvP-focused content. Apparently, a lot of the updates coming in 2022 and 2023 will be centered around online experiences. Most of the other Q&As revolved around topics that can’t be discussed right now, but some PC features, such as FOV sliders are being worked on for console players.

For other details, we will just have to wait and see. Dying Light 2 is available on PC, PS4, PS5, Xbox One, and Xbox Series X|S. It will also be coming to Nintendo Switch this later year.

What are you expecting from Dying Light 2’s post-launch content? Let us know in the comments below.