Primordia Is Out Now on the Nintendo Switch

Primordia is a pixel-art cyberpunk adventure game that is now available on the Nintendo Switch. The game was beloved by critics and fans when it launched on PC, and now it has the chance to reach even more people. Always a good thing, and an adventure game is fantastic to play in bed.

Primordia takes place in the future, where humans have been outlived by the machines they created. The player will follow Horatio Nullbuilt, a stoic android who would be content to spend his days in the junkyard he calls home, sparring with his sarcastic sidekick Crispin and ruminating on the teachings in the Book of Man. With his power source running out, Horatio must travel to Metropol, the city of glass and light. And when he gets there, he’ll find that everything he thought he understood is not what it seems. 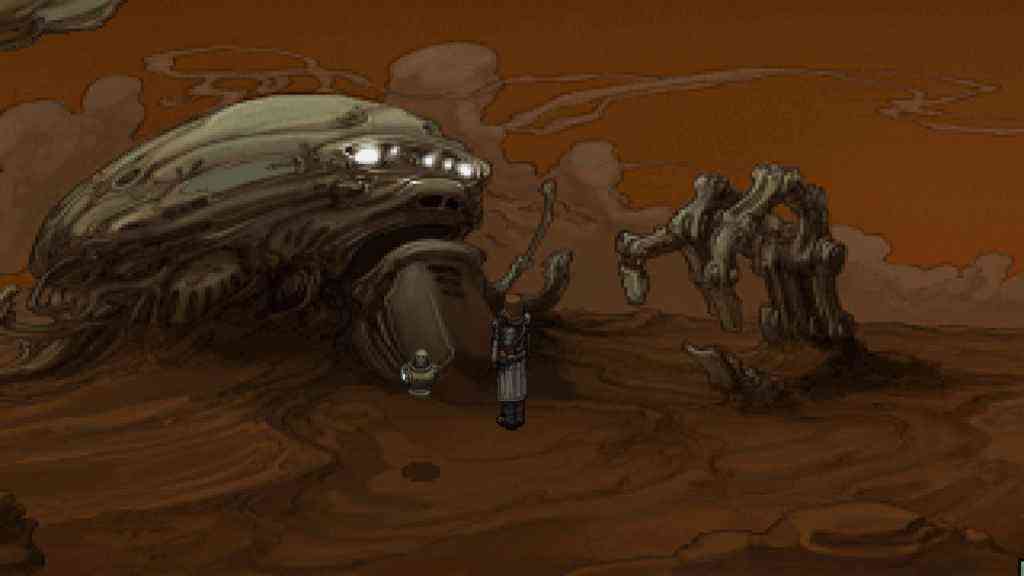 Primordia is a fantastic game if you are into adventure games. Puzzles often have multiple solutions, and the game offers multiple endings with developer commentary. A perfect reason to replay and see everything Primordia has to offer.

I missed out on Primordia when it launched, but the Switch version has me intrigued. I’m a fan of adventure games as I love character-driven stories and exploration.

Are you interested in Primordia on the Switch? Have you played it on PC yet? Let us know in the comments below!

Call of Duty: Modern Warfare 2 Has Made It Easier to Spot Targets
Next
Rumor of Sony Possibly Releasing PlayStation 5 Game
Previous
Sifu Has Sold Over One Million Copies