I Got Sol, But I’m Not a Soldier

It may have been officially announced on April 1st, but it looks like Platinum Games’ Sol Cresta is the for real real. The game is the successor of Moon Cresta and Terra Cresta, which came out 36 years ago. And you think you’ve been waiting a long time for a sequel to Skate 3?

Limited Run Games is the home to all things awesome and treasure trove for collectors. They are producing a Sol Cresta Collector’s Edition, which can be pre-ordered from now until March 20th. As always, this bundle comes packed with a ton of goodies. 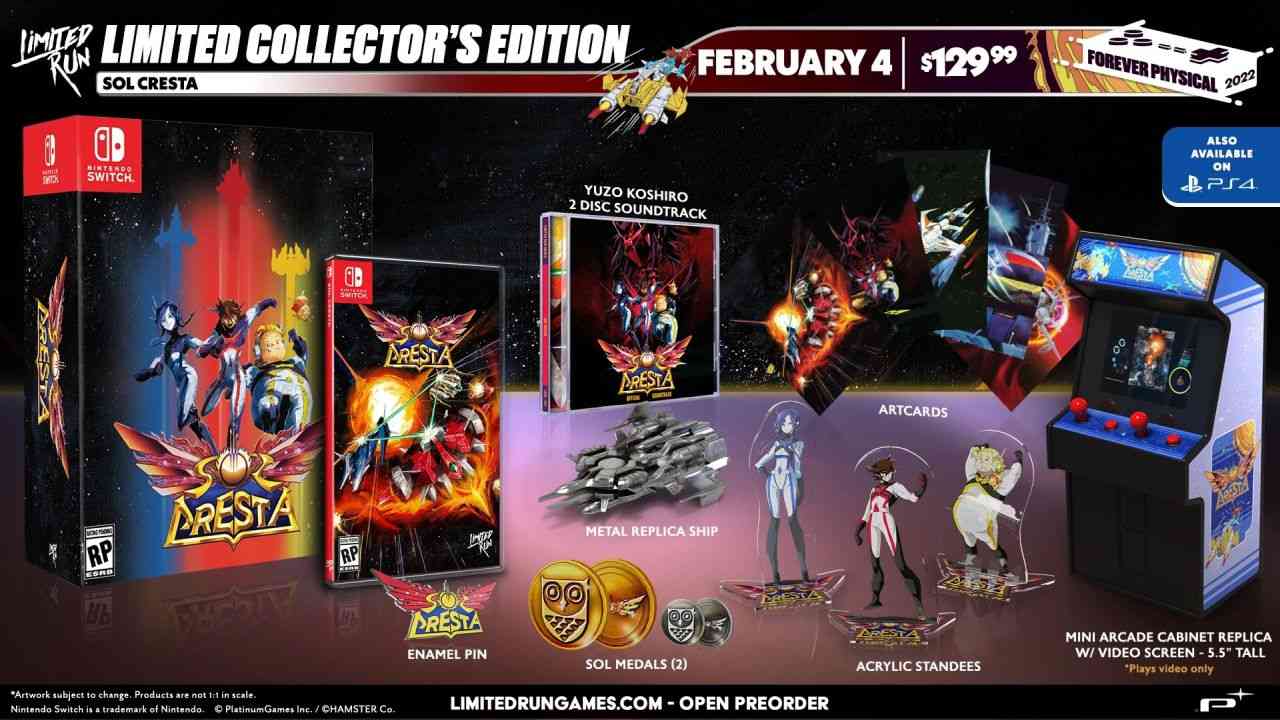 The Sol Cresta Collector’s Edition comes with a physical game, a 2-disc soundtrack, a metal replica ship, two double-sided medals (gold and silver), three acrylic standees, five art cards, and a 5.5″ tall arcade cabinet. The arcade cabinet has a working screen on it, but only plays video.

As with pretty much all releases from Limited Run Games, there is no Xbox version of this game. It is only available for Nintendo Switch and PS4. If the Collector’s Edition is not for you, you can still just purchase the standalone physical copy.

Sol Cresta is an arcade-style shoot ’em up, where players can change formation of the three ships they control. Different formations will benefit you in different situations, so switching between them will be key for victory. Sol Cresta will be available on February 22nd for PC, PS4, and Nintendo Switch.

Is there anything in this Collector’s Edition you would want to get? Let us know in the comments below.

Bayonetta 3 Has a “Naive Angel Mode” To Cover Up Sexy Stuff
Next
Shinji Mikami Wants to Direct At Least One Last Game
Previous
Far Cry 6 DLC Joseph: Collapse Comes Out Next Week