Is it a Joke? Nope, Chuck Cresta

April 1st is always a gamble, both for consumers and producers. Sure, you want to announce your game or whatever when it’s ready, but you also want people to believe it. Platinum Games took the risk and announced Sol Cresta on April 1st, but as far as we can tell, it’s not a joke. There have been patents filed, the Platinum Games website has been updated, and the Game Rating and Administration Committee of Korea has rated it, so if it is an elaborate April Fool’s joke, I respect that. 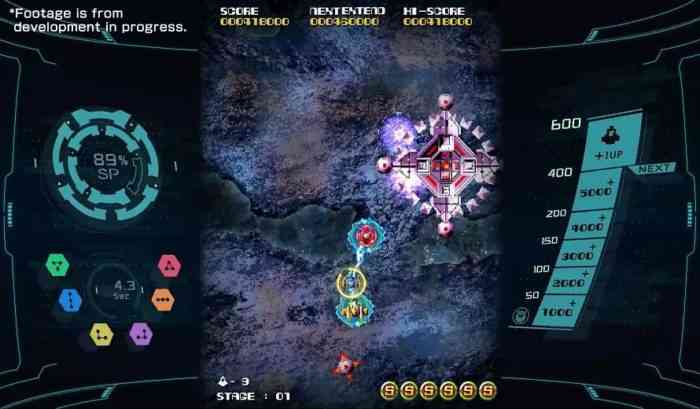 Sol Cresta was actually announced last year on April 1st, but has not been touched upon until now. It is a successor to the 1980s arcade games Moon Cresta and Terra Cresta, two fixed shooter shoot ’em ups. From what we see of the Sol Cresta trailer, the player can control three ships that combine into one ship (or one ship that can break up into three?), giving different abilities and advantages depending on its form. The player can choose from several flying formations to suit their needs and situations.

There is no official release date, but the trailer ends with a tease that Sol Cresta might launch between now and July, or sometime in 2021. The trailer was originally uploaded on April 1st, but a slightly different one was uploaded the next day. Sol Cresta is expected to launch on PC, PS4, and Nintendo Switch, but if this is an April Fool’s joke AKA a lie, again, I applaud the commitment to the prank.

Do you hope to be playing this game later this year? Let us know in the comments below.

Earth Defense Force: World Brothers Coming to Defend the West
Next
These Fantastic Easter Deals Feature a Variety of Razer Accessories up To 44% off
Previous
What We Know About Genshin Impact’s Rosaria and Childe Banner