Elden Pixels is a video game developer working on quality boutique game releases. Clear River Games is an independent video game publisher that is part of the massive Embracer Group. The two companies have come together to release Alwa’s Collection. Alwa’s Collection, which includes Alwa’s Legacy and Alwa’s Awakening, brings the classic, retro metroidvania style back to life. Alwa’s Collection has officially released on both PlayStation 4 and the Nintendo Switch. The physical bundle is available across Europe and North America at video game retailers and online stores. 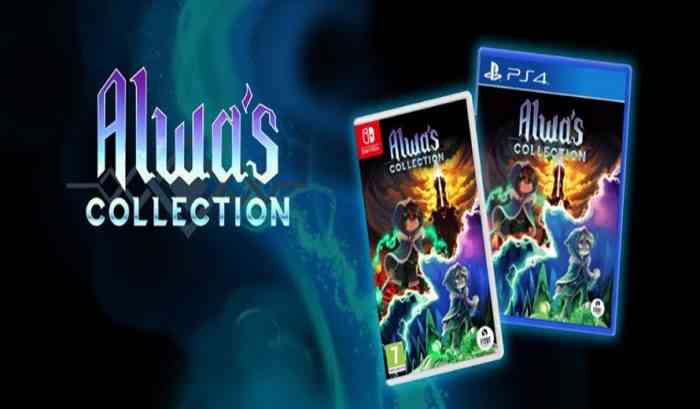 Alwa’s Collection will cost gamers $29.99 / €29.99 / £25.99. Furthermore, the collection will come with three holographic stickers as bonus content. Fans can also indulge in Alwa’s Legacy, as it launched as a standalone title on PlayStation 4 on December 10th.

Alwa’s Awakening follows the story of Zoe who is determined to bring peace to Alwa. Along the way, players will meet new characters, fight through dungeons and uncover secrets. In Alwa’s Legacy, players will enjoy a standalone sequel to Alwa’s Awakening. The game introduces more modern game design principles and art-style. Therefore, players will be able to upgrade their character, develop their own playstyle and much more.

Mikael Forslind, Game Designer for Elden Pixels, was excited for the launch stating, “We at Elden Pixels were always inspired by 8 and 16-bit era games, so being able to release the Alwa’s Collection in physical form is such a fitting nostalgia punch for the series.”

Additionally, with the help of Retro-Bit Publishing, Alwa’s Awakening will be premiering on the Nintendo Entertainment System. Gamers who purchase the collection will receive their cartridges in early 2022.

What are your thoughts on Alwa’s Collection? Are you a fan of retro metroidvania titles? Let us know in the comments below or on Twitter and Facebook.