New VR Brawler Down and Out Hits Stores Today

Prove Yourself to Be the Toughest Fighter in Down and Out

The game developer Zatun announced a brand new VR brawler game today. Available on Oculus Rift S and Steam, Down and Out is a classic street brawler with a VR twist.

Down and Out follows the story of a homeless fighter who climbs to the top of the street fighting circle. Hidden in the shadows of a big city, your rise to notoriety will throw you into a brutal hidden world. 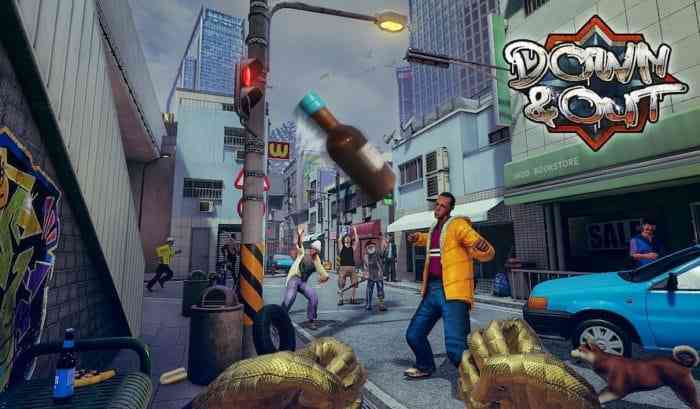 The game’s combat system is inspired by real-life fighting styles that players will use to make their way through waves of opponents. Players can essentially build their own combat style, changing it every fight to what that best suits their opponent.

In addition to the waves of enemies, the VR brawler also features a unique cast of characters that will be your friends. They will help you along your journey as you climb the ranks and secure wealth and renown.

Down and Out uses a visual style that combines stylized 3D with a classic comic book aesthetic. Between fights, players can explore this stylized city to uncover hidden treasures and other secrets. Other activities include being able to mark your territory with graffiti and playing basketball to make some quick cash.

Down and Out is available today for Oculus Rift S and Steam. Do you think you have what it takes to make it in the street brawling world?