Lego has often intertwined with different worlds. Enthusiasts of Lego have built entire sets in multiple games including Star Wars and more. Today, Lego Group has announced that it is working alongside Sega and Sonic the Hedgehog to release Lego Ideas Sonic the Hedgehog Green Hill Zone Set. This set will be a genuine replication of one of the most iconic levels in video game history, as Sonic zips across the map in search of gold rings. This new map gives fans the chance to enjoy, build and display the amazing level. 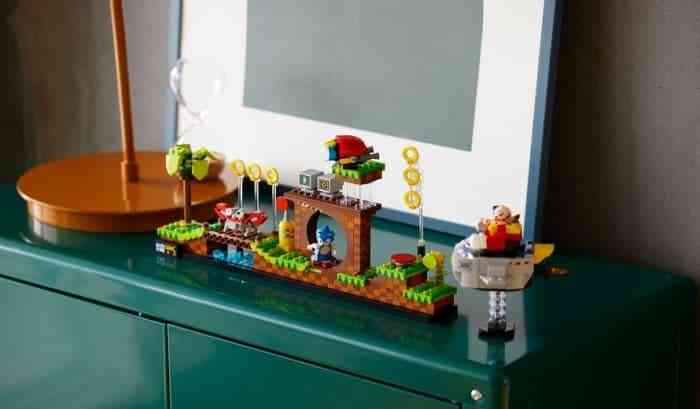 The Green Hill Set brings a memorable level to life from Sonic’s 1991 launch. The set, made up of 1125 pieces, has various features including interactive elements and Easter eggs, ten ring boxes and 5 minifigures.

Lego Designer Sam Johnson, who took on the job, discussed the set. Johnson stated, “Just about anyone who has enjoyed video games on any level in the last 30 years, knows and loves Sonic — and has probably sped through the unforgettable Green Hill Zone with him.”

Lego Star Wars: The Skywalker Saga Celebrates Launch with Trailer
Next
Fall Guys is Bringing Back Some Popular Skins
Previous
PlayStation Plus Games For January Have Been Officially Announced