Thunderful Publishing is a company that has released various titles and worked with many developers. Dejima was founded in 2016 by Julien Ribassin. Julien and Gabe Miller have now come together to release Firegirl: Hack n’ Splash Rescue. Firegirl: Hack n’ Splash Rescue is a roguelite indie title and will release on PC on 14th December 2021. Unfortunately, the game’s console version has been delayed until 2022. The developers seek to ensure that the title meets their standards ahead of its console launch on the Switch, Xbox and PlayStation platforms. 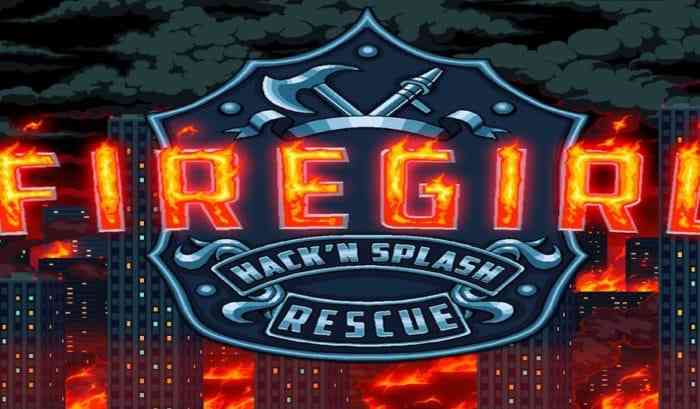 Firegirl is a roguelite title that offers stunning pixel art visuals and thrilling, exciting gameplay. Julien Ribassin, founder of Dejima, stated, “We’re of course disappointed that we have to delay Firegirl: Hack ‘n Splash Rescue’s release on consoles, but it’s important to us to deliver a quality title to console players and delaying those versions until 2022 is what we had to do to achieve that.” Furthermore, The founder went on to state, “We’re really excited to be releasing the game on PC on December 14th and hope players will enjoy checking out our latest developer commentary for a sneak peak at what’s coming, look forward to another video soon!”

Additionally, players will adopt the role of Firegirl, who is armed with a handy axe and must response to procedurally generated fires and situations. Players will encounter tricky situations in their missions and must save civilians within three minutes.

Moreover, players can hang out at the Firehouse where they’ll be able to upgrade equipment and hire new staff who will assist in tackling the fire.

What are your thoughts on Firegirl: Hack n’ Splash Rescue? Are you a fan of roguelite titles? Do you enjoy independent games? Let us know in the comments below or on Twitter and Facebook.