The fully cross-platform arcade shooter Death Carnival has a new trailer. With a release date set for 2022, there is still a lot about the game we don’t know. However, Furyion Games has revealed more about the futuristic shooter today.

What we do know is that Death Carnival will be an intense and exciting game with several PvP game modes. In addition, the story campaign can be played solo or as a four-player co-op team. It will span multiple worlds and arenas with giant boss fights. 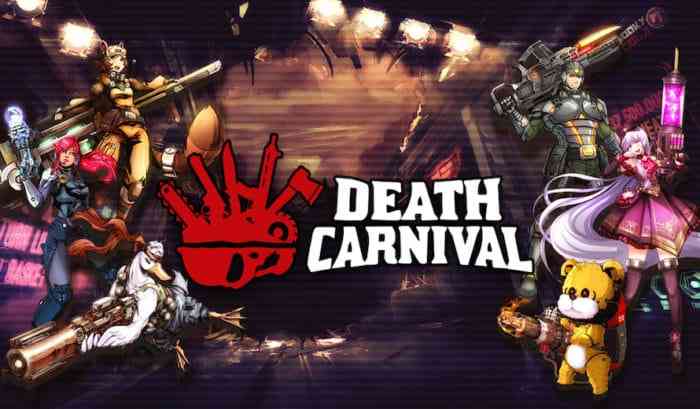 Set in a future world broken by war, humanity survives in only a few cities. What is left of humanity is captivated by televised blood sports, the most popular being Death Carnival. As a result, it is a deadly game show where contestants must battle against hordes of enemies and machines for fame and fortune.

The resulting game is a fast-paced top-down arcade shooter. It promises to bring intense online multiplayer action, single-player and co-op modes. It features extreme weapons, wall-dashing and intense mid-air combat. Taking advantage of the environment will be imperative for success. Get a taste for the brightly-coloured action and the crazy cast of characters in the trailer below.

Players can customize loadouts to suit their playstyle and choose from over a dozen characters. Each character comes with its own unique attacks and story campaigns.

Death Carnival will come out for PC, consoles, mobile and Stadia in 2022. Do you think you can survive the Carnival?