A dozen contract testers for the Call of Duty series have been let go on December 3, 2021. According to the report by Washington Post, Raven Software, which is owned by Activision Software, is meeting with the Quality Assurance testers over the course of December 3rd to December 8th, 2021, to see if they’ll be let go, or get to keep their jobs by January 28th, 2022. 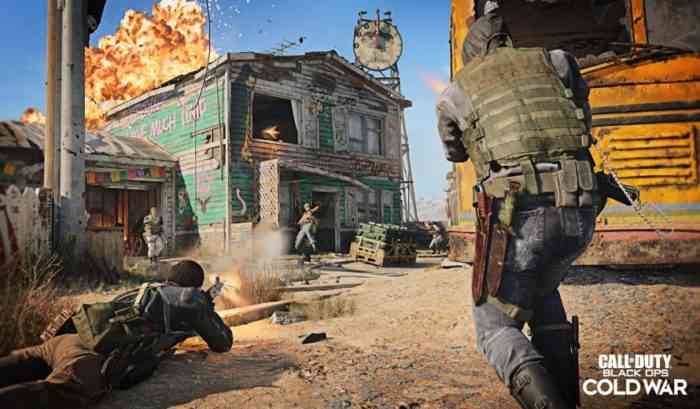 This is after employees at the company were promised for months on end that they would be getting a possible raise. And those who get to stay after the change to the staffing provider Volt get the rise of a whopping $1.50 per hour, making their hourly wage $ 18.50 per hour. There’s also the promises of benefits and bonus. At least, that’s what the employees were told months ago, and they thought they would all get, not just a few.

“I feel hurt and betrayed,” said one contractor after being laid off. And those feelings are absolutely valid. “The majority of individuals who have had their meetings were fired. … Everyone was told, ‘You did nothing wrong,’ after being given the bad news.”

Another QA tester from Raven Software, Evan Avillanoza, was laid off on Friday, December 3rd, 2021, reported that their project lead had no idea these layoffs were going to happen. Activision Blizzard has currently not commented on the matter. “Our team is destroyed and absolutely no one is going to want to work even if they got promoted,” said Avillznoza.

I am gutted right now. My friends in QA at Raven were promised, for months, that Activision was working towards a pay restructure to increase their wages.

Today, one by one, valuable members of the team were called into meetings and told they were being let go.

Raven Software has been the primary tester for the Call of Duty franchise. Most recently, they have done work for Call of Duty: Black Ops, Ghosts, Infinite Warfare, as well as collaborative work between Activision Blizzard and other major studios. In short, Raven Software is important for Activision Blizzard, especially as they check for glitches and bugs, which can make or break the user experience. Still, QA testers are treated poorly, despite the work they put into ensuring games are up to snuff.

We watched in shock today as our peers at Raven lost their employment in real time. With all of our efforts to improve the lives of our contractors, this is a great wound for all of us–and an incredible break of the trust the company has asked us for. Know we stand with you.🧵

“Most Activision employees know we are expendable, but whenever they lay off folks, it’s just a big reminder,” said one QA tester, who currently does not know whether they will be laid off or promoted in the coming week.

Possibly the worst part of all of this is Activision Blizzard is not doing badly for itself. Despite Blizzard’s current troubles, Activision has had some high profits, higher than what it had in 2020. So there’s no profit motive, no reason to gut Raven Software. Especially after all the work that Raven Software has put into the Call of Duty franchise in the past, especially Warzone.