Indie games and independent developers have been able to create new worlds for gamers. Many of them adopt a similar style, in that they utilize Steam’s Early Access Program. This program allows developers to give fans access to their games while they work on the title and receive further funding. It is the best of both worlds. The developers behind action RPG Empire of Embers have decided that it is time to leave early access. As a result, indie studio Poleaxe Games have announced that Empire of Ember will be fully released on Steam on January 20th, 2022. The game will cost $24.99USD and there will be a discount of 25% at launch. 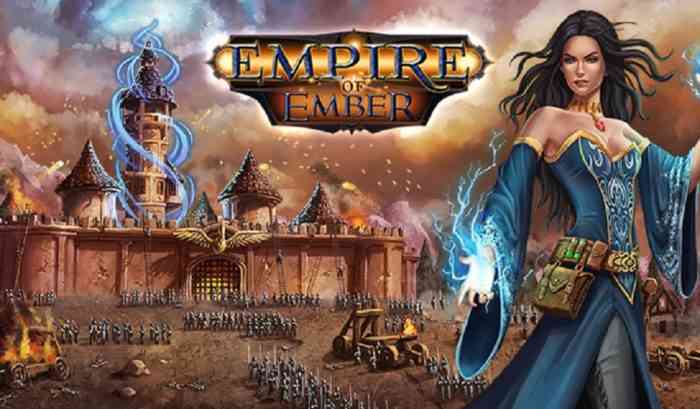 Empire of Ember leaves early access with a ton of new features an content. Empire of Ember first entered into Early Access on March 31st. The team introduced many updates and content since then and has also improved the game’s performance.

Empire of Ember is a first-person role playing game that mixes in elements of real-time strategy and management. The game is set in the fantasy world of Ember, its spiritual successor. Players adopt the role of a battlemage. The battlemage was given the position of power after the leader was killed by a mysterious cult. Players must now return the town to its prosperity. To do so, players will have to track down this mysterious figure and uncover the events behind the murder.

Furthermore, the developers have introduced cool elements into the game as players fight in procedurally generated maps and build their towns.

What are your thoughts on Empire of Ember? Did you try the game in Early Access? Are you excited for its release on January 20th? Let us know in the comments below or on Twitter and Facebook.

Primitive, Open-World Survival, Ventures Outwards with New Trailer
Next
Select GameStop Stores to Restock on PS5 and Xbox Series S/X
Previous
Disco Elysium- The Final Cut Is Available for Pre-Order On The Switch