Clifftop Games is an independent game developer based in Sweden committed to providing unique, thought provoking experiences while Raw Fury is a video game publisher that specializes in providing games concerned with emotion and experiences. The two combined to launch Kathy Rain in 2016 on PC and mobile devices. Kathy Rain, a point and click adventure game filled with cool concepts, features and stories, will relaunch as a Director’s Cut on 26th October, 2021. The game will launch on PC, Mac and Linux via Steam and GOG as well as the Nintendo Switch and mobile devices.

In its latest trailer, Arielle Siegel, the voice of Kathy, takes players on a narrative journey through the game’s universe and discusses some new features that the Director’s Cut adds to the game.

Kathy Rain follows a detective who endeavors to investigate the mysterious death of her grandfather. Kathy Rain is set in the 1990s, in the age of landlines, and Kathy is only armed with her senses, motorcycle and notepad. Using these tools, players are tasked with solving puzzles and discovering the truth behind her grandfather’s death. The journey takes place in Conwell Springs, Kathy’s hometown.

Can you use your wits to put the pieces together? 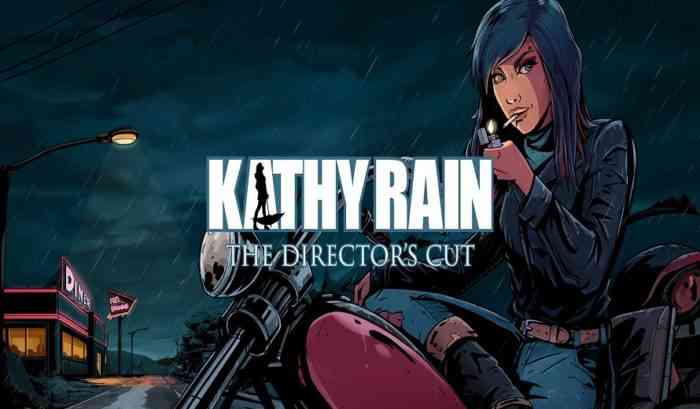 Some of the features in the Director’s Cut include extended storylines, full controller support, Brazilian/Portuguese translation, expanded and remixed soundtrack and improved graphics. Furthermore, there is even more dialogue for fans to enjoy with over 700+ lines added. Players will also have more customization options for Kathy’s trusty motorcycle along with support for Widescreen 16:9 backgrounds.

What are your thoughts on indie games? Have you tried Kathy Rain? Are you interested in its Director’s Cut? Let us know in the comments below or on Twitter and Facebook.

The Stories of Indie Game Developers Are About to See a New Spotlight
Next
Call of Duty: Warzone’s Season 6 Patch Notes Reveal New Content
Previous
Dota 2’s The International Is Officially Kicking Off Once Again