Path of Exile: Scourge Is The Game’s Latest Expansion And Will Bring A Ton of New Content

Path of Exile is a free to play action role playing game that has risen to the top of its genre since its release in 2013. The game is in-depth, challenging and fun as players must grind out gear while destroying hordes of enemies. Path of Exile’s developers have continued to release innovative content for the game over the last seven years, and its October expansion will be no different. Today, it was confirmed that Path of Exile: Scourge will be hitting PC on October 22nd and consoles on October 27th.

Players must fill the Blood Crucible with blood of enemies to commence an event where they can slay demons and craft top tier items. The Blood Crucible is filled by players once they defeat their enemies and once filled, players can activate a device to teleport them to a parallel reality. Players must then fight as fast as they can for their loot. 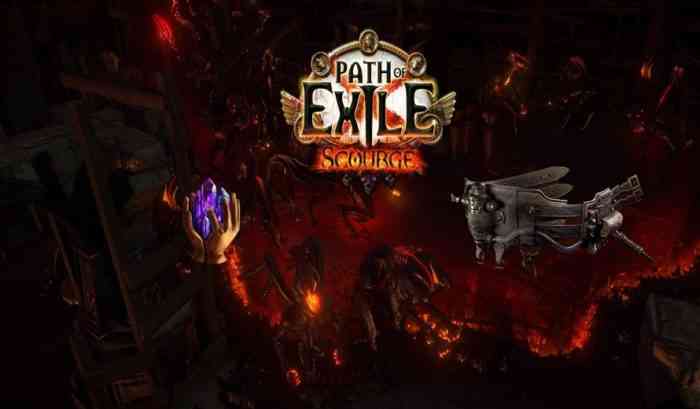 By fighting enemies, items can be transformed leading to its corruption and granting it a ‘Scourged Modifier’. The Scourge Modifier is a hit or miss, as it can either improve or weaken your class. Players can also upgrade their Crucible using skill points from grinding the mode.

Other features of Path of Exile: Scourge include a reworking of the game’s passive skill tree. Although many elements remain the same, niche stats have been moved into the Passive Skills Masteries. New skill gems have also been introduced allowing players to build new archetypes.

For the grinders, new Uber versions of the game’s endgame content gives players the chance to test themselves in the hardest content available. Are you up for the challenge?

What are your thoughts on Path of Exile? Do you enjoy it? Are you excited for the upcoming content? Do you like ARPGs? Let us know in the comments below or on Twitter and Facebook.