Other Ocean Interactive first launched Project Winter on Steam in 2019 and the game has been quite a success since. The game later released on Xbox One and is available on the Xbox Game Pass. Other Ocean Interactive have now announced that its eight-person multiplayer survival game will be launching on the PlayStation 4 and Nintendo Switch on 16th September. 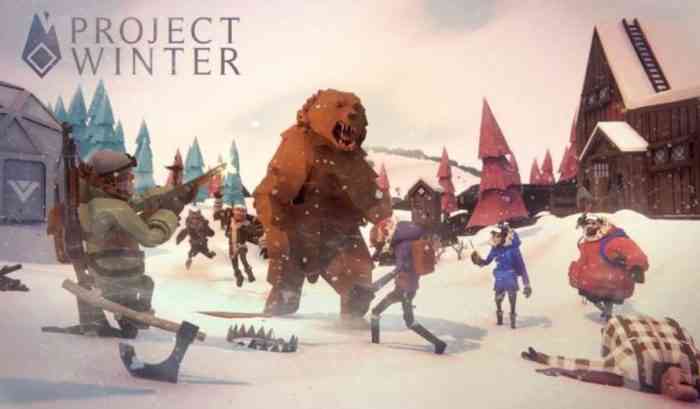 Via Twitter, the official page stated, “Project Winter is Coming to PlayStation and Nintendo Switch! Backstab your friends across even more platforms on September 16, 2021.” The indie game has made genuine strides and the team’s long-term success is amazing to see.

In Project Winter, eight friends involve themselves in long cons and games of deception as they undertake the role of Survivor or Traitor. The Survivor must complete a list of objectives in order to obtain rescue vehicles to win the game. Some of these objectives include breaking rocks, harvesting berries, repairing radios and of course, fishing out the enemy traitors in the interim.

The Traitor, on the other hand, must stop the Survivors at all costs. To do so, he can communicate with other traitors, use special abilities, blend in with survivors and use traps, poison and more items to defeat Survivors.

Some of the game’s features include communication between Traitors and Survivors to outwit their enemies and teamwork to ensure that Survivors can escape together or Traitors can prevent the escape. Players can also customize their characters with cosmetics and play in different modes including custom, basic and normal. One of the game’s most important aspects is the social aspect of trust and deception. Can you outwit your friends?

Have you ever tried Project Winter? Are you excited for the launch on Nintendo Switch and PlayStation 4? Let us know in the comments below or on Twitter and Facebook.