Shovel Knight: Pocket Dungeon Will Be Playable on the Switch for the Holidays

Shovel Knight: Pocket Dungeon will be available to both Nintendo Switch and PlayStation 4 players later this year. Yacht Club has just made it official at the Nintendo Indie World Showcase that was held earlier today. Switch users were even given an exclusive feature. 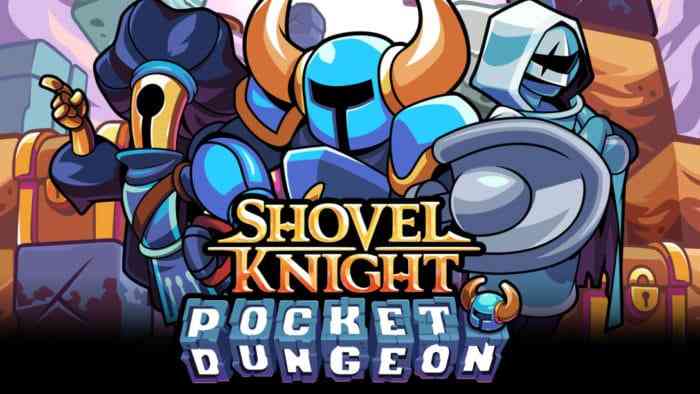 Shovel Knight: Pocket Dungeon is actually a spin-off to the franchise, featuring a variety of the characters that fans would recognize from its original games and its expansions. It was initially announced for the Switch back in February and was supposedly slated to drop in Fall of 2020. However, just like so many other games over the past couple of years, the launch got pushed back. Now, though, Yacht Club has provided a launch window of Winter 2021.

“We are thrilled to announce today that Shovel Knight: Pocket Dungeon, an action-packed puzzle adventure with a dungeon-crawling twist we are developing alongside @Vine2D, will be coming to Nintendo Switch this Winter!” Yacht Club wrote.

Shovel Knight: Pocket Dungeon is quite different from its predecessors. It has been described as a “puzzle adventure mashup like none other” and a look into the game indicates a push into uncharted genre territory. It is a roguelite dungeon crawler that also features a block-falling match-puzzle gameplay. The player’s character of choice will have to move around and manipulate the pieces and battle foes by bumping into them in order to deal damage. Players can also huddle the enemies together and cause the blocks to fall to initiate chain attacks. Shovel Knight: Pocket Dungeon gameplay certainly appears to be the frantic and exciting experience its fans are looking for.

Undungeon Arrives on Switch and PlayStation 4 Today
Next
Aliens: Fireteam Elite Is Set To Release Later This Month
Previous
Axiom Verge 2 Is Out Now After Nintendo Indie World Showcase