Turtle Beach has announced that they are releasing an update to the Recon 200 headphones aptly named the Recon 200 Gen 2. It will be compatible with the Xbox One, Xbox Series X, PS5, PS4, the Nintendo Switch, and mobile with the 3.5 jack.

That’s not a bad deal for the MSRP of $59.95. It’s great that an update is releasing at the same price as the original version. Hopefully, that means you can get the original version at a discounted price if you are looking for a cheap pair of dependable headphones. Turtle Beach isn’t my go-to, but they are incredibly popular for a reason. 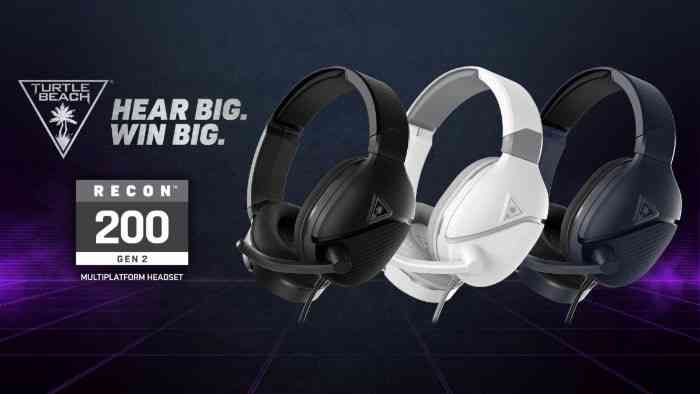 The Recon 200 Gen 2 offers almost everything you could want out of a pair of wireless headphones. The battery should last around 12 hours; it has my preferred flip to mute, which I think is much more convenient than hitting a button. You will also be able to hear your own voice in the mic, which is great to make sure everything is working alright and that you aren’t yelling in your friend’s ear.

At under $60, it is hard to find wireless headphones more feature-packed. I usually go with the more expensive models, but that’s because I’m a loser who cares way too much about how video games sound. This is a solid deal for those just looking to chat with their friend as they game.