Blade of Darkness PC Re-Release Gets Upgraded Graphics In October

Blade of Darkness, the classic action adventure game from SNEG Ltd., will be getting re-released this year on PC via Steam this October. The game was specifically developed with updated graphics with promises that it will match modern PC standards. In addition to that, the Blade of Darkness re-release will reportedly feature new stability improvements, new display settings, and support for 4K resolution.

“Since its initial launch, Blade of Darkness continues to build a dedicated following—mods—and community patches are found throughout the gaming community even today,” said SNEG Managing Director Elena Roor. “Altogether, this brings us to the upcoming October release.” 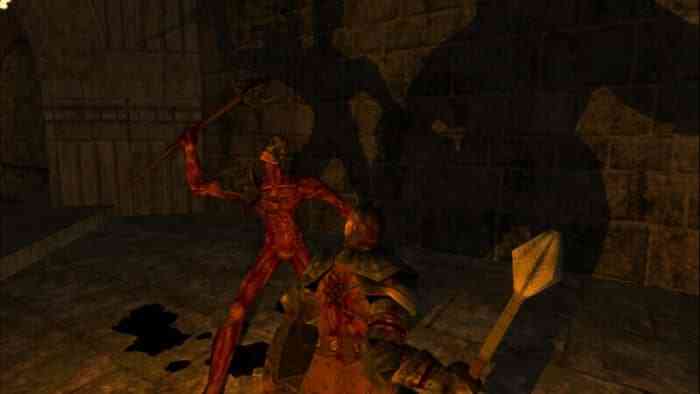 The re-release of Blade of Darkness appears to be a team effort between developers General Arcade, Fire Falcom, and Rebel Act Studios. Although an official Blade of Darkness release date remains unknown, the game will be out in the month of October for both Steam and GOG.

Blade of Darkness will allow its players to hack and slash their way through endless vicious foes to save the world from the relentless forces of chaos. Players can play as Zoe the Amazonian, Naglfar the dwarf, Tukaram the barbarian, or Sargon the knight. Choosing the right character is key and players will have to weigh each of their strengths, skills, and weaknesses, in order to figure out which particular one matches their play style the best.

Players who are into brutal gameplay will surely love to give this game a try, as it features devastating combo attacks, as well as the opportunity to battle various creatures, such as golems, orcs, trolls, demons, and many more. Players will have to use fire or their character’s own fists as they try to solve the puzzles. Any discovered traps can be disarmed with the use of hydraulic systems and physics.