Fans of League of Legends, rejoice –  it seems like you may not have to wait much longer for Ruined King to release.  Ruined King, Airship Syndicate’s latest turn-based game set in the popular League of Legends universe.  However, due to unexplained circumstances likely related to Covid this past year, Airship Syndicate delayed the game from an “Early 2021” release to a more general “2021” release date.

Although many expected the Ruined King game to release sometime around the time of Riot’s Ruined King Event in their main game League of Legends, their hopes were dashed when no new trailers or announcements were unveiled.  Moreover, many players were disappointed by the event, which was criticized for its lackluster story and writing. 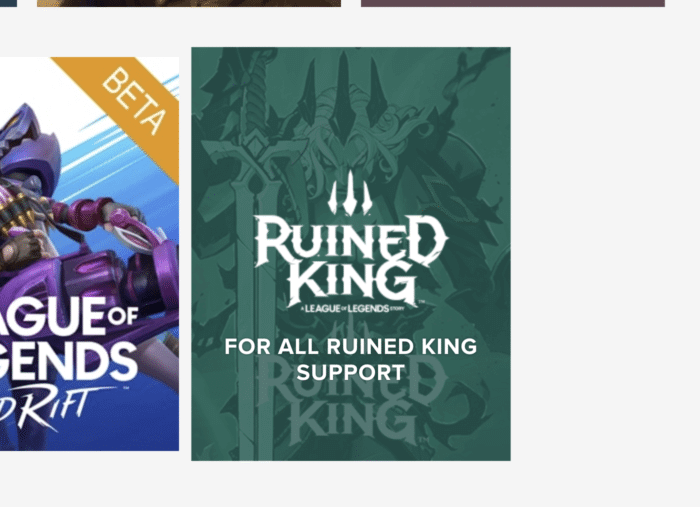 Nearly three weeks after the final Ruined King cinematic has debuted, a hint of the Ruined King game has arrived – not from any official announcement, but from the Riot Support Page.  Some time within the last 4 days, Riot has added the Ruined King game to their support page.  Given that it is unlikely for any alpha/beta phases for a singleplayer turn-based RPG, this means that the game will likely be out very soon.  To give more context on Riot’s support page timing additions, League of Legends: Wild Rift was not added to the support page until the day of the alpha release.

There is a lot of anticipation for Ruined King because Airship Syndicate’s last turn based game, Battle Chasers: Nightwar, received much acclaim, with an 87% “Positive” rating and an overall “Very Positive” rating on Steam.  Ruined King will feature six League of Legends champions: Miss Fortune, Illaoi, Braum, Yasuo, Ahri, and Pyke.  From the trailers, it seems like the gameplay will be similar to Battle Chasers: Nightwar – with turn-based combat as the primary focus and isometric dungeon exploration as the secondary focus.

Are you excited for the Ruined King release? Let us know down in the comments, or hit us up on Twitter or Facebook.