Asobo Studio’s Microsoft Flight Simulator is an impressive feat on the PC. It is packed with a ton of real-world locations, a wide variety of aircraft, and there is still more to come. This week, it will make its console debut, and from what the previews show, it looks very promising. 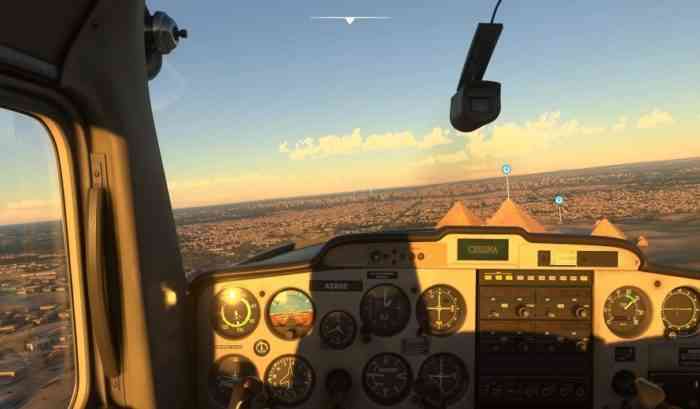 We see first-person shots of the interior of the plane and third-person shots of the exterior, and a better look at the landscape. All the buttons, dials, and switches in the cockpit are accessible with a cursor-style movement of the right stick, so the mouse controls from the PC version still have a major presence on console.

The differences between the Series X and S are present for pretty much all games. It’s no different with Microsoft Flight Simulator. Both consoles can reliably clock in at 30fps. The Series X has 4K resolution, and Series S hits 1080p. The game is a relatively slow experience, so we can forgive it for having a lower framerate, right?

And for those curious, this is Microsoft Flight Simulator running on Xbox Series S hardware. So far REALLY impressed with the optimizations on this version. Crazy what this $299 box can do when in the right hands. pic.twitter.com/wNnrshoUNA

Will you be trying out Microsoft Flight Simulator on Xbox? Let us know in the comments below.

Moss: Book II Latest Trailer Shows Off New Weapon and Fun Gameplay
Next
Behind Infinity Create Cosplay That is Amazing and Detailed
Previous
Indie Dev Is Going All in on Post Trauma, a Silent Hill-Inspired Game