Crown Trick Officially Coming to PlayStation 4 and Xbox One Soon

Porting Over To New Consoles

Crown Trick, developed by NExT Studios and published by Team 17, originally launched on PC via Steam and Nintendo Switch in October 2020. Today, the company has announced that it is excited to bring the game over to PlayStation 4 and Xbox One on 31st August 2021. Crown Trick is an indie roguelike game that takes players to the Nightmare Realm wherein they lead Elle, the protagonist, on a perilous journey through various dungeons.

Besides the announcement of the launch on PlayStation 4 and Xbox One, the company was happy to announce a special treat for owners of the Nintendo Switch version. Today, the official DLC, Requiem of Elements has launched and is available for free. The new DLC invites players into the dungeons of Crown Trick once again with a new update called ‘Dungeons of the Deep’, which is an endless mode that tests players ability to stay alive. In this mode, players must survive against a gauntlet of traps and enemies that are randomly generated. 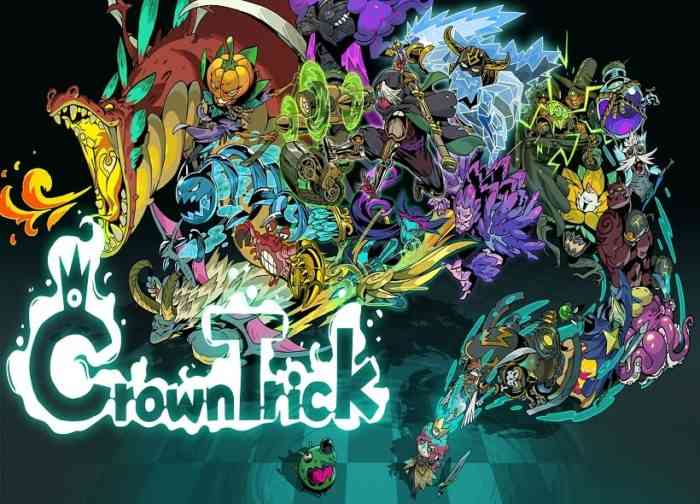 The DLC is already available on Steam for PC owners and includes new weapons, relics, skills and achievements for players to obtain.

Crown Trick requires intelligent strategic play which are key to escaping the dungeons along with the freedom to create and develop a unique playstyle, from over forty active skills, sixty passive skills and hundreds of relics that can be utilized to survive enemy encounters. As the game includes random procedurally generated dungeons, it can be replayed multiple times and ‘Familiar’ skills can be learned to overcome enemies that pose a threat later on in dungeons.

Crown Trick is currently available on Steam and and Nintendo Switch for USD$19.99.

Did you play Crown Trick on Steam or Switch? Are you going to try it as it comes to PlayStation and Xbox? Let us know your thoughts on Twitter or Facebook, or comment below!