The Big Con Is Ready To Launch Very Soon

Mighty Yell is a team of developers from Toronto who have worked on other indie games such as Jazzpunk and Runbow. The team has come together and is ready to release their debut title, The Big Con, in conjunction with Skybound Games. Skybound Entertainment, a parent company to Skybound Games, has a host of titles under their belt, including Telltale’s The Walking Dead and Ori and The Will of the Wisps. It has been confirmed that The Big Con is releasing on Xbox Series X/S, Xbox One, and PC via Steam on 31st August.

To celebrate the announcement of the launch date, Mighty Yell is holding a special contest until 29th July, where fans of the game can audition for a role and voice on the game’s NPCs! Interested persons can visit here for more details. The contest in the trailer was pushed by the likes of Troy Baker of Uncharted and Erika Ishii of Apex Legends and Destiny 2. 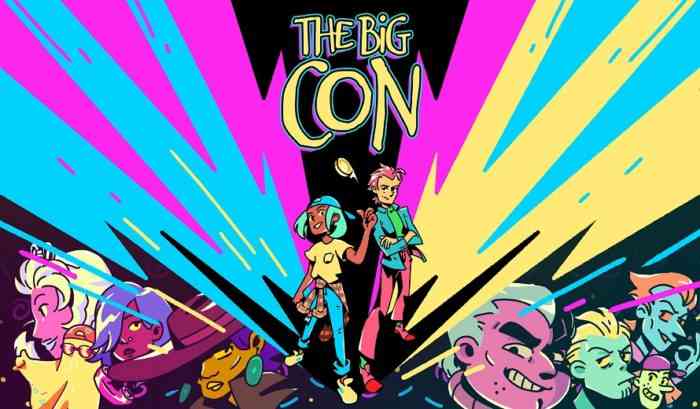 The Big Con follows the life of Ali, a teen who is tasked with saving her mom’s video store from loan sharks. To do so, Ali must chart her journey across the country by picking locks, stealing, donning disguises, and making profits in precarious ways. The Big Con is filled with puzzles, engaging dialogue, and exploration. The game’s cast is full of different personalities, and an original theme song from Rockapella, the band that performed Where In The World Is Carmen Sandiego? Can you talk your way out of being caught?

Are you interested in The Big Con? What are your thoughts on the indie gaming scene? Let us know in the comments below or on Twitter and Facebook.