Best of Every World

Illfonic, the developer behind Friday the 13th: The Game and Predator: Hunting Grounds, has debuted a new game on PS5 and PC. It is called Arcadegeddon, and it looks like every single game I have seen before, all at once. I am intrigued.

The premise of Arcadegeddon is that the last arcade in the city is at risk of going out of business because of a mega-corporation called Fun Fun Co.. In a last-ditch effort to boost business, Gilly, the arcade owner, puts all the arcade games together to create a super game. 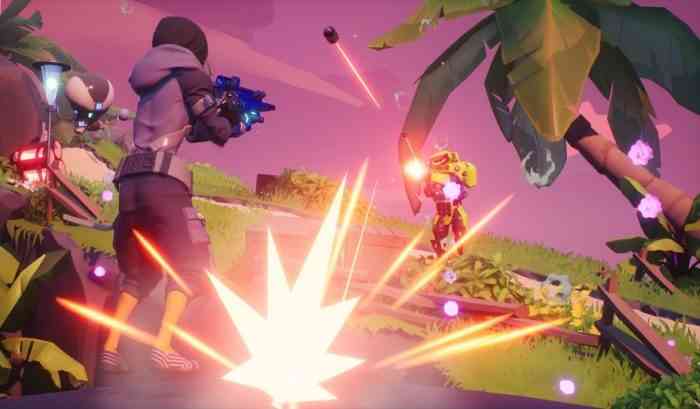 If it sounds like a justification to make a game that borrows from every other popular game, it probably is, and I am sold. I look at the trailer, and I see Fortnite, Fall Guys, Sunset Overdrive, Knockout City, Destiny, more Fortnite, Rocket League, Borderlands, and probably a lot of other games.

There are nine gangs that hang out in Gilly’s arcade that players can complete challenges for, which in turn unlocks things like customization options. Oh, there are customization options. Arcadegeddon has this really colorful, 90’s rock street look where no one has noses, kind of like Voldemort, and you can really go hard with wacky outfits.

Arcadegeddon provides a ton of gameplay options that mix PvP and PvE elements. There are three very stylish biomes in early access, but Illfonic plans to add five more by the time it fully releases in 2022.

Players will have combat choices with a range of 28 different weapons with different weapon effects like elements, as well as Surge Gauntlet abilities and hacks. Arcadegeddon is in early access now on PC and PS5.

Does Arcadegeddon pique your interest? Let us know in the comments below.