Focus Home Interactive along with developer, Spiders, originally launched Greedfall on PC via Steam in September 2019. The game was well received and praised in various aspects. In Greedfall, players would engage in a unique roleplaying experience and forge their destiny and legacy using magic, diplomacy, force and deception while fighting against a variety of enemies. Players can become part of this special world, and influence and shape it via their decisions in their lengthy journey. Today, the developers have announced that Greedfall’s Gold Edition will officially be coming to PC, PlayStation 5 and Xbox Series X/S on 30th June 2021 along with a brand new DLC, the De Vespe Conspiracy. 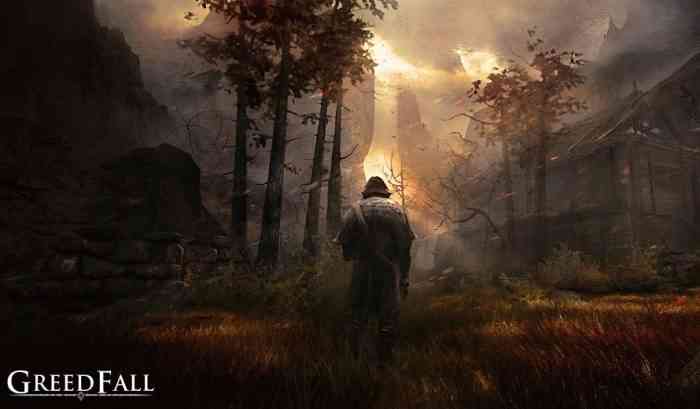 The Gold Edition of Greedfall will improve upon the game’s quality as it introduces enhanced visuals up to UHD native 4k, faster loading times and improved performance on PlayStation 5 and Xbox Series X/S. Besides the base game, the Gold Edition will include the De Vespe Conspiracy DLC. Furthermore, if fans purchase the physical edition, there are additional, exclusive rewards and goodies offered such as three lithographs, double posters and a Greedfall sticker sheet.

In the De Vespe Conspiracy DLC, players will be taken on a new adventure within the uncharted, fresh lands of Teer Fradee. In Teer Fradee, players will run into new enemies, find new gear and explore a twisting narrative that builds upon the initial game story. Players must explore the new area through a web of lies and secrets to unravel a scary conspiracy that could shift the balance of power. The De Vespe Conspiracy gives players the opportunity to unravel the truth in a unique and compelling storyline.

Greedfall’s base version is currently available on sale at Steam for USD$14.99. The game promises a fresh experience for next-gen console owners.

Did you play Greedfall? Are you interested in the Gold Edition on PC along with the DLC? Let us know in the comments below or on Twitter and Facebook.

The Callisto Protocol Devs Are Sharing ‘Some News Next Week’
Next
Dota 2 Introduces Nemestice Battle Pass, AMD Fidelity and Game Mode
Previous
Battlefield 2042 Will Be Topping Off Matches With Bots