The Pokemon Company have been going all-out these last few months – while there was no Pokemon presence at E3’s Nintendo Direct, this year we’ve gotten a look at not only a highly-requested remake in Pokemon: Brilliant Diamond and Shining Pearl, but also a brand-new experience for the Pokemon franchise: An open-world, Breath Of The Wild-inspired journey across Sinnoh in Pokemon Legends: Arceus. Now, we’ve got our first look at yet another brand new venture for Pokemon: Pokemon UNITE, a MOBA-like tactical team battle game. 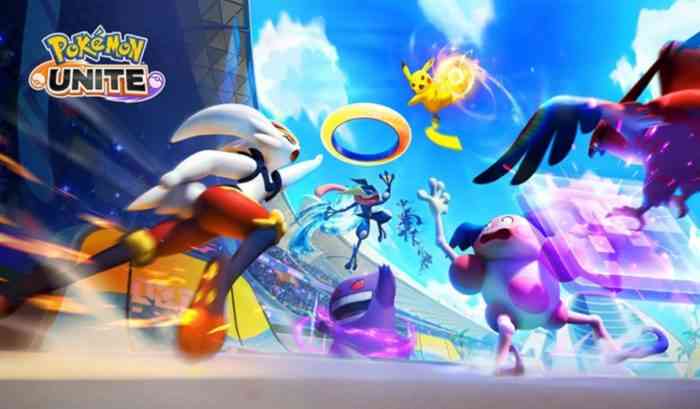 Pokemon UNITE will make use of a number of MOBA staples: you’ll be able to choose one Pokemon to control from a roster, each with their own unique abilities, strengths and weaknesses. Similarly to the hit MOBA League Of Legends, at the beginning of each match your Pokemon will be set to level 1, and will level up over time to grow stronger and unlock new moves – like the Unite move, a powerful ultimate that’ll send your opponents blasting off again.

Unfortunately, it’ll also be using a few of the monetization schemes we’ve seen become increasingly predatory in other titles – while UNITE is free to play, players will be able to unlock certain items through the use of the paid currency, Aeos. While Aeos can be earned in-game, it remains to be seen whether or not they’ll be given at a reasonable rate, or if they can be used to purchase game-changing items.

Interestingly, UNITE will support cross-play between all of the consoles it’ll launch on – the Switch and mobile devices. It’ll also feature cross-progression, allowing you to log into your account on different devices using either your Pokemon Trainer Club account or your Nintendo Account.

Pokemon UNITE will launch on Nintendo Switch, Android and iOS this July – Keep an eye out for an exact date soon!