Fallout 76 will pretty much never not be associated with its rocky launch and its rocky entire year after its launch. What could have been a grand multiplayer experience in one of gaming’s most beloved series is forever hampered by a premature release. Since it first came out, developers at Bethesda have been working tirelessly and extraordinarily hard to improve it and make it an enjoyable experience. There have been tons of updates, added features, and new content, like the battle royale mode Nuclear Winter, but all things must come to an end at some point. 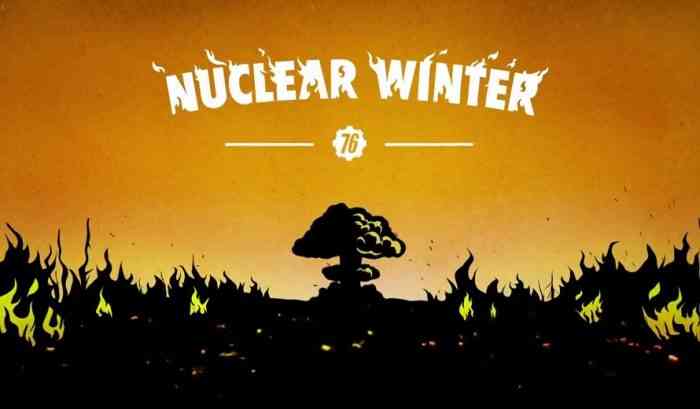 Bethesda has announced that Nuclear Winter will be shut down by the end of the year. This is due to dwindling player numbers in this mode and having to extend wait times for matches to fill up the lobbies. Bethesda is planning for Nuclear Winter to be entirely shutdown sometime in September. When that happens, players will be gifted Perk Coins based on their activity in the mode. Players will be given 6 Perk Coins for every Overseer Rank and 1 coin for ever Overseer Ticket. These rewards will cap out at 600 and 200 coins from their respective source.

The rewards that have been earned in Nuclear Winter will mostly relocate to other areas of the game. This means that some items, like the Vault Boy statues, will be kept by those who earned them, but lost to those who have not. Other items, like power armor paint, weapon paint, outfits, and other items can be earned through alternative means in Adventure Mode. Fallout 76 is available on PC, PS4, and Xbox One.

Will you miss Nuclear Winter? Let us know in the comments below.