Trove released in 2015 as a sandbox game developed and published by Trion Worlds and has since then released on both the PlayStation 4 and Xbox One in 2017. Thus, the game is available on essentially all major last-generation consoles. With its unique style, design, graphics and gameplay, Trove was an immediate hit in the gaming community and has strived since then with over 28 million players on PC, PlayStation and Xbox. With consistent effort, updates and content into Trove, it is no surprise that Gamigo announced that its online, cubic MMO, Trove, will be coming to the Nintendo Switch this summer. To announce its Switch launch, gamigo released a gameplay trailer showcasing the best features of the game as well as its hectic, fun combat.

Trove as an MMO sets itself apart due to its charming nature and its pixelated graphics along with its constantly evolving content. In Trove, players can choose to explore the deepest, darkest depths of various dungeons looking for the finest armor and  testing their might or have adventures in a vast, colorful cubic world. Although each world is newly generated and different from the last, as an MMO, players are afforded the opportunity to play with friends in their private worlds where they can let their imagination run wild by designing landmasses, race courses and more! Trove accommodates a variety of playstyles whether it be by using magical skills, powerful ranged attacks or taking the fight up close and personal. 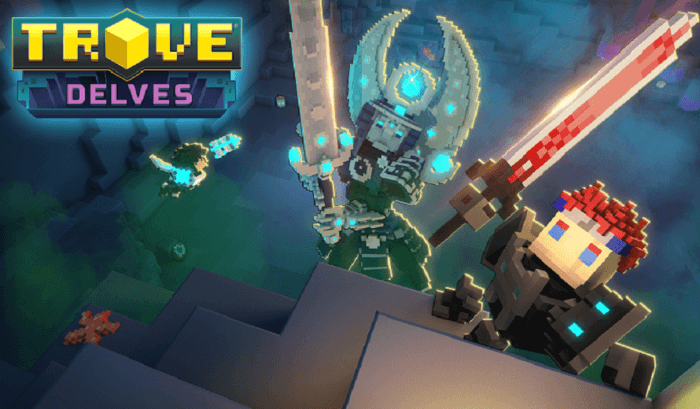