In about a month, Final Fantasy VII Remake: Intergrade will be coming out. The living, breathing world of Midgar that we got to explore in Final Fantasy VII Remake is slowly being rebuilt from the ground up and expanded. The Remake is not just bringing the original game into the modern generation, but they are including supplemental games like Dirge of Cerberus. It may not (or may) be canon, but Square Enix is also establishing a battle royale mobile game in the same world, called Final Fantasy VII: The First Soldier. 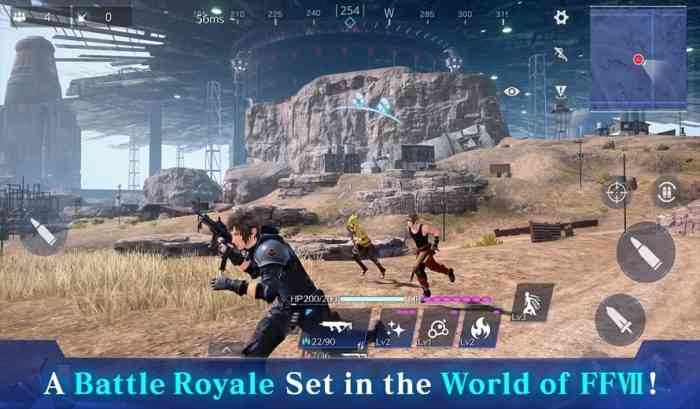 Square Enix is holding a closed beta for the game next month and interested Android users can sign up right now. From now until May 27th, those with 64-bit devices with Android 7.1 or newer can “pre-register” to play The First Soldier during the first week of June. When you pre-register, you will be notified by Google Play if you are selected. Though the beta will only include Android users, the final product (no pun intended) will be available on both iOS and Android.

Players will be able to drop into recognizable Midgar locations, like Aerith’s house for some reason, us a variety of offensive measures, like swords, magic, and guns to be the last Soldier standing. You will be able to choose from combat styles like Warrior, Monk, and Sorcerer, and level up their abilities by taking on monsters and machines that Final Fantasy players will recognize. Final Fantasy VII: The First Soldier’s closed beta will run from June 1st to June 7th, and will be available later this year for iOS and Android.

Are you looking forward to trying out The First Soldier? Let us know in the comments below.

Stranger of Paradise: Final Fantasy Origin DLC Will Release In October
Next
Be Your Bloody Best With V Rising This Year
Previous
Turtle Beach’s Recon 500 Unveiled With Unique Features