Also Some Neon Is Involved

Sure, speed boats are cool, but what if they were also skateboards? Also what if there were guns involved? Put away your scoffing jacket, because this game is extremely real! Wave Break is hitting Steam and the Nintendo Switch on June 11th, and it’s exactly as crazy as you’re imagining. 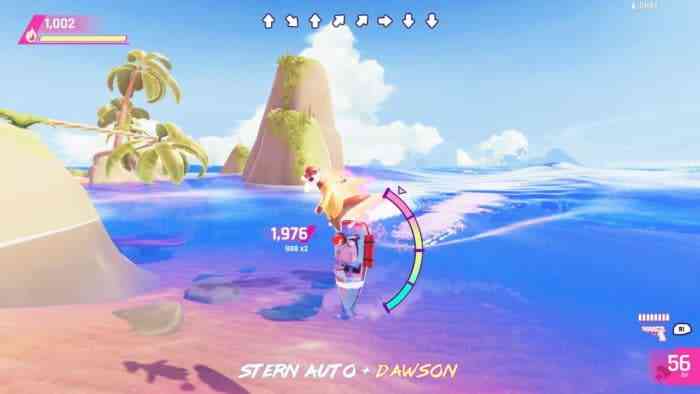 Drenched in a Miami Vice vibe that also features zero human characters, Wave Break combines skating, speed boats, and shooting things in a heady brew with a killer soundtrack. That’s right, the music is also good! Timecop 1983, WOLFCLUB, Tonebox, and Robert Parker are just a few of the artists you’ll hear. No sense in blasting through the beaches to anything but synthwave, after all.

If you’re feeling especially creative, you can try your hand at park design. Throw together any old mix of ramps, rails, waterways, and gaps you can think of. You can also customize your avatar, to ensure you look extra cool when doing sweet tricks/committing boat-based homicide. There’s a single player campaign to get through, as well as a bunch of multiplayer content. Wave Break is coming to Steam and the Switch on June 11th. You can check out the latest trailer embedded below.