“Play Has No Limits”. That’s PlayStation’s slogan. It’s great. PlayStation has some absolute knockout exclusives like Spider-Man, Ratchet & Clank, Uncharted, and Horizon. The PS5 is outselling Xbox Series X|S pretty much everywhere, but there is a little snag that does put a limit on some of their players. Sony is famously resistant to crossplay compared to Nintendo and Microsoft. A policy of theirs has affected the upcoming Borderlands 3 crossplay update, where Sony and publisher 2K could not make it work out, so Borderlands 3 players on Xbox, PC, and Stadia can play together, but PlayStation gamers will have to play with themselves. Or rather each other. 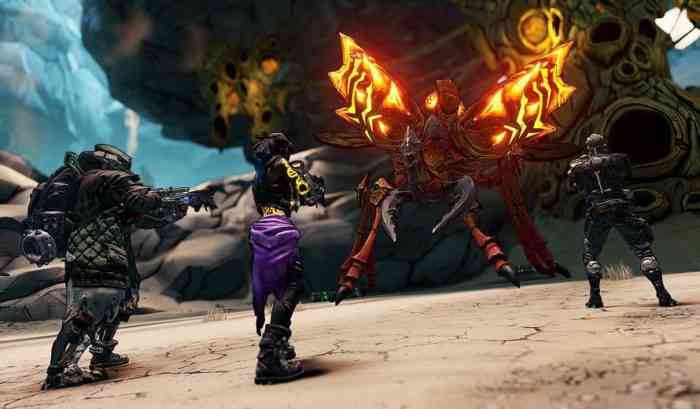 Sony’s crossplay policy requires a fee from publishers for games whose overall revenue eclipses more than 15% on platforms other than PlayStation. So, unless a vast majority of the players in a game are on PlayStation 4 or 5, someone has to fork over some cash, then they have the privilege of PlayStation gamers playing with Xbox, PC, and Nintendo players. Apparently, 2K does not want to pay the fee that Sony is proposing, so the Borderlands 3 crossplay feature will not be applied to PlayStation owners.

Good news or bad news first? Good News: An update for Borderlands 3 has been prepared for release that includes full crossplay support across all platforms. Bad News: For certification, we have been required by the publisher to remove crossplay support for PlayStation consoles.

This news came from Gearbox CEO Randy Pitchford in the form of a Good News/Bad News tweet. That was the bad news. The “publisher” has required them “to remove crossplay support for PlayStation consoles.” We are assuming that the “publisher” is 2K, but it might be a mutual disagreement between them and Sony. The good news in the tweet was that the crossplay feature in Borderlands 3 is ready to go for all other platforms, so Xbox One, Xbox Series X|S, PC, and Stadia players will all be able to loot and shoot together. It’s just a shame that this feature comes after pretty much all the content for the game is in the rearview mirror by now. Borderlands 3 is available now for PC, PS4, PS5, Xbox One, Xbox Series X|S, and Stadia.

Do you wish Sony was more flexible when it comes to crossplay? Let us know in the comments below.