Paging everyone who didn’t get into medical school and has no desire to get into medical school! The follow-up to Bossa Studios’ Surgeon Simulator is finally coming to Steam. It has been more than a year and a half since Surgeon Simulator 2 came out on the Epic Games Store, where it has remained exclusively, but it seems that it will soon be available on its main retail rival. There is no release date or even a release window, but a two year anniversary sounds like a good a time as ever. 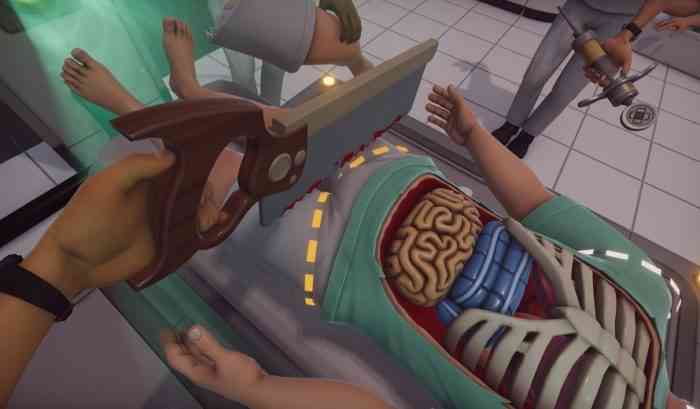 The first Surgeon Simulator was pretty wacky when it first came out on Steam all those years ago. There was the appeal of frustrating controls and awkward physics, an outer space/alien level, and a chance to operating on the 45th President of the United States, which was pretty cathartic to fail at. The sequel kicked up the craziness a lot, transforming the game into something else entirely at times. With the level creator, customizer, and co-op gameplay, there is a whole game here that does not even have to involve surgery. Earlier in the pandemic, Bossa Studios even made NHS workers eligible for a free copy of Surgeon Simulator 2.

🩸 #SurgeonSimulator2 is coming to Steam 🩸

We’re bringing surgery to the masses, with:

Have you been waiting for Surgeon Simulator 2 on Steam or did you get it on the Epic Games Store? Let us know in the comments below.