What Inspired You to Sell This Game on the Switch? “Money!”

Nintendo has kind of become known for shadow releases. No reveal, no countdown, just surprise! The game is out. Today, they released SpongeBob: Krusty Cook-Off on Nintendo Switch, which has been dubbed Extra Krusty Edition. There is a bit of background information on this game that might turn you off of this title though. It was released in 2020 for iOS and Android devices as a free download. Being a free mobile game, of course there are loot boxes and microtransactions, but now that it is on the Switch, Nintendo is charging $30 USD ($40 CAD) for it. 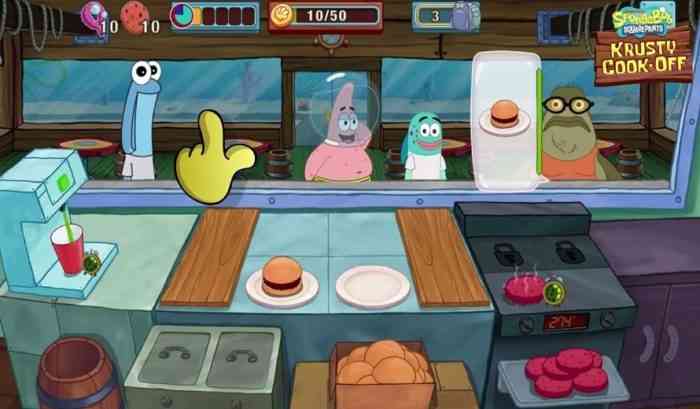 In light of this obvious money-grab, the free mobile game that once looked like a standard Krabby Patty, now seems like that Aged Patty from the Cuddle E. Hugs episode. Being over 20 years old, the SpongeBob SquarePants series is still incredibly popular. The remake of Battle for Bikini Bottom that came out last year is a testament to that. Maybe this port of a mobile title is trying to ride the coattails of that game. The developer Tilting Point released a trailer showing off the improvements made to SpongeBob: Krusty Cook-Off, but do these additions justify the $30 price tag?

As far as what the game actually is, it is a time management game, where the player can wrack up points by serving the right food to the right customers in a timely manner. It is similar to Diner Dash or the Delicious series. SpongeBob: Krusty Cook-Off is available on Nintendo Switch and mobile devices.

Would you consider paying $30 for this game? Let us know in the comments below.