Get Ready For a New Fantasy

Lost Soul Aside has flown under the radar since it was first announced in 2016, but we just got our first proper look at the game – and it looks like we’re getting something special.

The game, being developed by Chinese studio UltiZeroGames, puts players in the shoe of hero Kazer, who has a crystalline dragon companion that can transform into a variety of weapons – or even traversal tools like wings or a skateboard. The gameplay takes a lot of cues from later Final Fantasy titles or the Devil May Cry series, with a focus on fluid action and dodging.

The video shows Kazer and his dragon pal exploring some ancient ruins while being hunted by the military, and dealing with the monsters that live there even as the entire city crumbles around him. Despite coming from a small, independent studio, the game is making full use of the capabilities of the Unreal engine. The battles seem stylish and varied, whether you’re facing an opposing soldier, a crowd of enemies, or even a bipedal, sword-wielding dragon.

On a story level, there isn’t much that we know so far. It’s a safe bet that Kazer is being hunted because of his dragon friend, which seems to be consciousness in material form, which explains its shapeshifting powers. What isn’t explained is Kazer’s ability to dart around the map – an ability granted by the dragon, or some ingrained ability? Either way, it seems to be a force to be reckoned with, helping him destroy enemy after enemy. 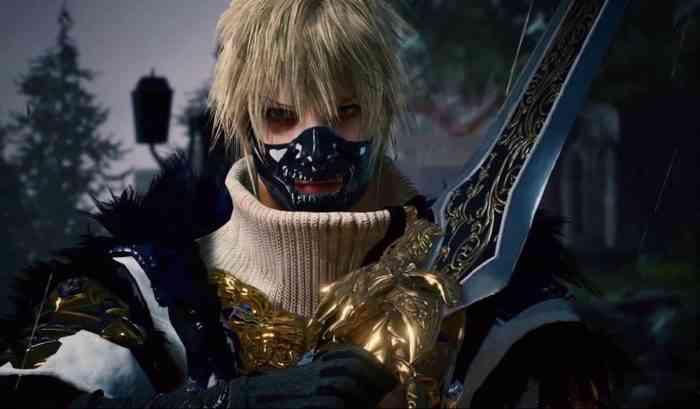 There’s no word yet on a release date yet, but given how good the video looks, perhaps we’re looking at a sooner release than a later one. The game’s being shown off at this week’s PlayStation China showcase though, so hopefully we’ll get some more information there – including, perhaps, some information on the storyline.

What do you think of Lost Soul Aside? Let us know in the comments, on Twitter, or on Facebook.

RimWorld Console Edition Will Keep You Busy
Next
Chris Runs Circles Around His Foes in New King of Fighters XV Character Trailer
Previous
The Last of Us: Part III Has a Story, But It’s Not Being Made (Yet)