The 2009 cult classic Zombieland is hitting the video game market again. The first Zombieland game was a companion piece to the second movie. Zombieland: Double Tap – Road Trip came out on Nintendo Switch. This Spring, we may be seeing a VR game based in the world of Zombieland. XR Games has recently released a trailer for Zombieland: Headshot Fever, where you will see your favorite survivors Tallahassee, Columbus, Wichita, and Little Rock. Though the likeness of Woody Harrelson, Jesse Eisenberg, Emma Stone, and Abigail Breslin are used, the characters will be voiced by soundalikes. 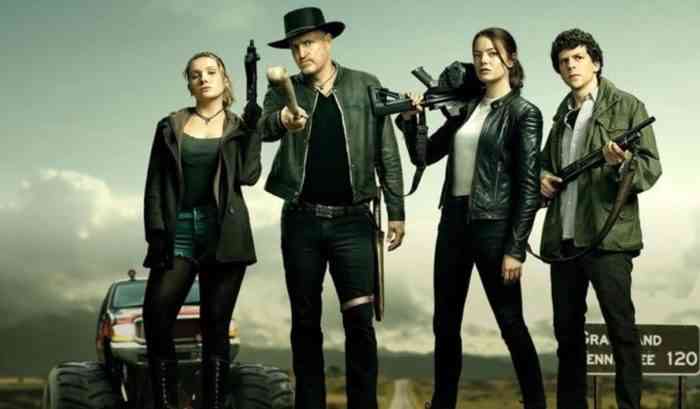 The movies are all about killing zombies in over the top, extreme ways and being badass while doing it. Headshot Fever is very much following that same tone as a video game. The graphical and gameplay design is very arcade-y; getting points for hits and bonuses for successive headshots. XR Games draws inspiration for the gameplay from arcade classics like Time Crisis and House of the Dead, so we appear to have an on-rails shooter on our hands. The goal is to clear the levels as fast as possible to rack up as many points as you can.

There may not be any zombie kills with a rollercoaster or monster truck, but there will be guns out the wazoo. They have all the toys you want to see, like SMGs, dual pistols, shotguns, and assault rifles; whatever your zombie killing needs. There is no official release date, but Zombieland: Headshot Fever is expected to come out in the Spring for Oculus, Vive, Steam VR, and PSVR.

Are you expecting to enjoy this Zombieland game? Let us know in the comments below.

Call of the Sea to Arrive on Meta Quest 2
Next
Disgaea 6: Defiance of Destiny Has an English Release Date
Previous
Fortnite Leak Shows NPCs Are in It for the Long Haul