The Teenage Mutant Ninja Turtles are back with a brand new game with an old-school feel. Dotemu, the studio behind the recent Streets of Rage revival, Streets of Rage 4 has announced that they’ll be publishing a brand new TMNT game alongside the developer, Tribute Games. Teenage Mutant Ninja Turtles: Shredder’s Revenge is a brand new side-scrolling beat em’ up with classic pixelated graphics that fans of the series’ 1980s arcade games are sure to be familiar with. 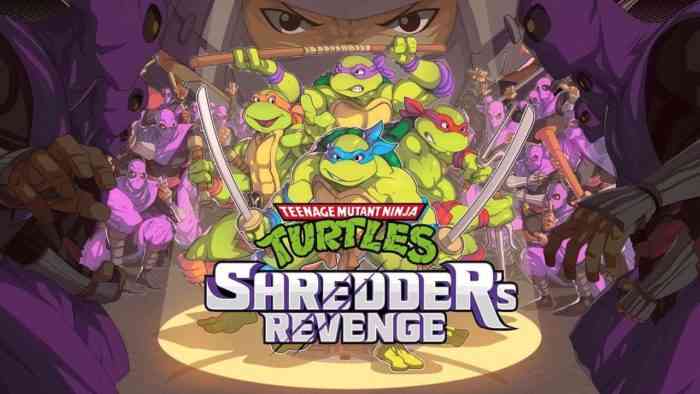 The game will bring back the same graphics, art style, gameplay, and features seen in other TMNT titles, like Turtles in Time. All four turtles –Leonardo, Donatello, Michaelangelo, and Raphael will be playable characters in both single-player and up to four-player co-op.

The game will also feature a ton of the turtle’s most notorious villains such as Bebop, Rocksteady, Krang, and of course, Shredder. The trailer also features other well-known characters from the series such as Master Splinter, and April.

Here is a description of the game released alongside the announcement trailer:

“With Bebop and Rocksteady amassing gizmos to support Krang and Shredder’s latest scheme, Teenage Mutant Ninja Turtles: Shredder’s Revenge finds the turtles battling through a breathless tour of iconic TMNT locations to thwart their nemeses’ most diabolical plan yet. Armed with shell-shocking new abilities built on a foundation of classic brawling mechanics, the gang are in for an exhilarating, Foot Clan-stomping romp leading them through the sewers and bustling boroughs of New York City all the way to Dimension X.”

The game will be releasing for PC and consoles, though it has not been confirmed for any specific console release as of yet. There is also no release date for the game as of now, though it does have a page on Steam’s store. The store page also confirms that the game will have both online and local co-op modes.

You can watch the full announcement trailer below: