It is still pretty far off, but Payday 3 finally has a tentative release window. Earlier today, developer Starbreeze Studios has announced that they have struck a new publishing deal and their sights are set on 2023. Even though they are still cranking out DLC for Payday 2, Starbreeze Studios has been actively developing Payday 3 for the past four or five months. The announcement contains statements from Acting CEO of Starbreeze Studios and the CEO of the new co-publisher for the series Koch Media. 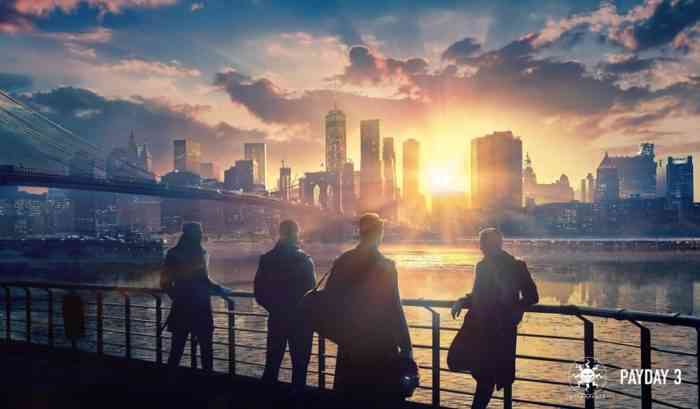 Tobias Sjögren of Starbreeze Studios says, “We are excited to announce this exclusive long-term PAYDAY 3 co-publishing deal with Koch Media who shares our passion for the PAYDAY franchise and the “Games as a service” model. In addition to securing the continued development, this deal secures global publishing of PAYDAY 3 as well as the marketing efforts through the entire game life cycle. We now have a strong foundation for a successful launch of PAYDAY 3.” Klemens Kundratitz of Koch Media also comments, “We are delighted to welcome Starbreeze as a new partner for our global publishing business. PAYDAY 3 is shaping up to be an incredible game. Based on what we’ve seen already, PAYDAY 3 is going to take the franchise to new heights and will delight PAYDAY fans as well as new audiences alike with innovative multiplayer gameplay.”

Starbreeze Studios also reiterates their plan to use the “games as a service” model for Payday 3. They also are committed to developing DLC “long beyond the original release date.” We know how much DLC for Payday 2 has been released since 2013, so does Starbreeze intend to release more content 8 years down the road from Payday 3 as well? Payday 3 is expected to launch in 2023 for PC and consoles.

Are you looking forward to Payday 3? Let us know in the comments below.

Pathfinder: Wrath of the Righteous Reaches Agreement With META Publishing
Next
What to Expect From the Next Resident Evil Village Demo
Previous
The Jackbox Party Pack 8 Set to Release This Fall