Paradox Interactive took on their mission of Surviving Mars a few years ago. The building and management sim launched in 2018 and had a number of expansions and DLC packs featuring different building-types and mission objectives. It has been almost two years since the last expansion and Paradox has also released another game in the series Surviving the Aftermath, but they have brought in Abstraction Games for some new Surviving Mars DLC. The In-Dome Building Pack will be out any day now and will hopefully be drawing players back to Mars. 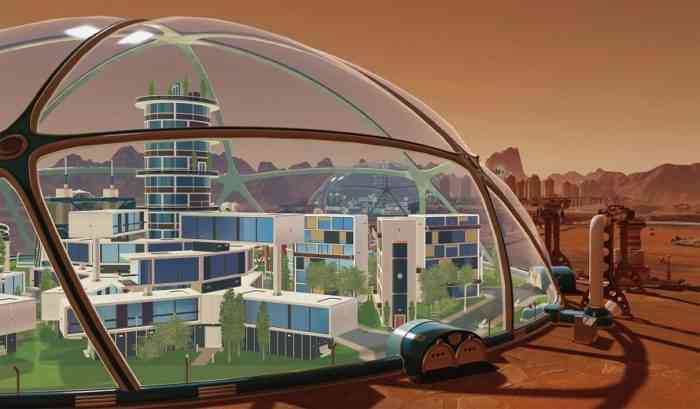 The In-Dome Building Pack was developed with the help of the community modder Silva. It will be introducing eight different buildings to erect inside Earthling-friendly domes. This pack contains several resident buildings, as well as community buildings to develop your colony. Players can build Smart Apartments, Senior Residences, School Spires, Security Posts, Medical Posts, Hospitals, Large Nurseries, and TV Studio Workshops, all to make Mars a little more like Earth, just hopefully not too much like Earth.

Since there has been such a big gap between DLC releases, hopefully this pack will be the start of a new era of content for Surviving Mars and not just a one-off. Along with the return to Mars, Paradox Interactive has also announced that Surviving the Aftermath will remain in Early Access a little longer than expected, due to player feedback. Surviving Mars is available now for PC, PS4, and Xbox One.

Have you been waiting for more Surviving Mars content? Let us know in the comments below.