So That’s How Hogo Was Cursed…

When you think retro 90s-inspired platformer, you tend to think of bright colors, slick movement controls, and surreal fantasy worlds full of talking animals. You don’t often think of small, furry children being forced to watch their friends suffer–unless you played Klonoa: Door to Phantomile, in which case, we share your pain. Kaze and the Wild Masks looks like a Sonic game, but if the story trailer is anything to judge by, the game’s narrative will be taking a nod from Klonoa’s darker tone, particularly when it comes to bad things happening to the protagonist’s best friend. Observe.

In this new video, Kaze and her friend Hogo are shown entering a temple of some kind and discovering a magical ring… which promptly blasts Kaze off her feet and appears to devour Hogo’s soul. We knew this game was going to about freeing Hogo from a curse, but we didn’t know it was going to go quite that hard. Even the design of the ring–which Kaze wears on one of her ears in the game proper–is reminiscent of Huepow from Klonoa. Now we’re really hyped to help Kaze break the curse on the islands and get her friend back. 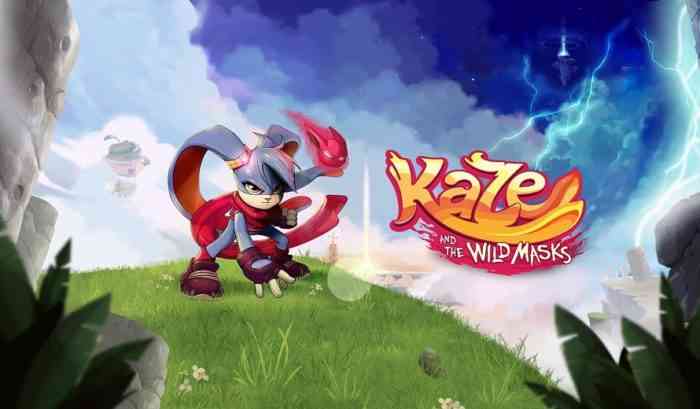 Kaze and the Wild Masks will be released digitally for PC, Google Stadia, PS4, Xbox One, and Nintendo Switch on March 26th, 2021. The physical release will follow on May 25th, 2021.

What’s your favorite 90s-style platformer? Let us know down in the comments, or hit us up on Twitter or Facebook.

NEO: The World Ends With You Release Date Trailer Will Get Your Blood Pumping
Next
Rune Factory 5 Gets a New Japanese Trailer, Still No English Release Date
Previous
Pyra and Mythra DLC Out for Super Smash Bros. Ultimate Today