Euro Truck Simulator 2, widely considered to be one of the best sim out there, has its next two major expansions lined up nicely. Next month, developer SCS Software is set to send their players to Liberia, but after that, they will be going to Russia. They recently revealed the upcoming Heart of Russia DLC, which will take players all over the Russian countryside. Russia is the largest country in the world, so making the entire nation would just too much for one DLC. It is unclear if there will be more parts to this, but it appears that SCS Software is focusing on the Southwestern part of the country in Heart of Russia. 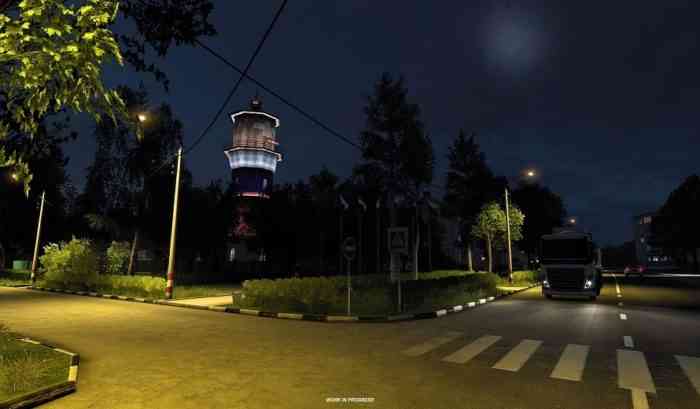 There is no release date set for Heart of Russia, so there is not too much information on it. SCS Software has released a beautiful trailer, showing off the roads and small towns of Russia, but no major details on the project. Their goal in terms of area being covered is to reach the Northern-most part of the Volga River, which is the longest river in Europe. This area would include the Russian capital, Moscow. Maybe players could make deliveries to the Kremlin?

No word on what kind of deliveries players would make, but it is safe to assume that they would be hauling things like Hillary’s 30,000 emails and poison for the President’s political adversaries. If you are caught making deliveries for human rights advocates, your truck will appropriated and you will go missing, at least if this sim is going for cultural accuracy. Euro Truck Simulator 2 is available now on PC.

What do you think will be in the Heart of Russia DLC? Let us know in the comments below.